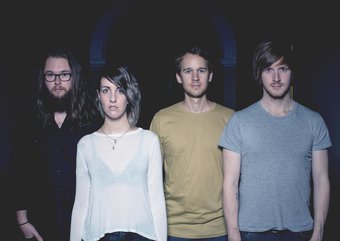 Formerly known as Ashei, there are a myriad of ways to describe NZ rock outfit, Decades, but one word that really summarises their so-far 5 year journey in sharing their music is simply: determination.

Formerly known as Ashei, there are a myriad of ways to describe NZ rock outfit, Decades, but one word that really summarises their so-far 5 year journey in sharing their music is simply: determination. Bursting on to the scene in 2009 led by a unique female voice that reaches both the gritty angst and delicate reservedness of the vocal spectrum, Decades have shown they are an independent Kiwi rock band to really watch with their shared passion for intense live performance and honest song writing.

Members Emma Cameron (vox/guitar), Liam Muir (guitar), Daniel Perry (drums) and Curtis Booth (bass) have spent the last several years focussing on honing in on their unique sound, independently releasing a scattering of singles and music videos to varying levels of local success, playing as many local shows as they could muster around their full-time day jobs, and supporting larger national and international acts such as Midnight Youth (NZ), Villainy (NZ), The Ataris (US), and Scary Kids Scaring Kids (US).

In 2013, Decades knew they were at a point of ‘go big or go home', and so they began to envision what the next couple of years should look like, and how they were going to reach these milestones. Early 2013 saw Decades lock in with producer Matt Bartlem of Loose Stones Studios in QLD to create their debut record. Faced with the many obstacles of an independent band, the band launched - and achieved - a $10,000USD indiegogo crowd funding campaign in mid-2013, to head over to the studio in Australia to complete a 5-track EP.

Fast forward half a year of working on the record with Grammy award winning mix and master engineers J.R McNeely and Ted Jensen, early 2014 has seen Decades - after 5 years of trying - finally receive their first ever NZ On Air ‘Making Tracks' grant to fund the music video for Bright Eyes, the first single off the EP. Released in April 2014, Bright Eyes is a catchy-as-all-hell ballsy up-tempo pop/rock track that's the perfect taster for what's to come from Decades's debut record, Music is Boring out on July 4th of 2014. 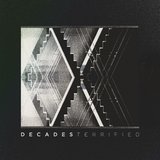 Listen to the latest from Decades