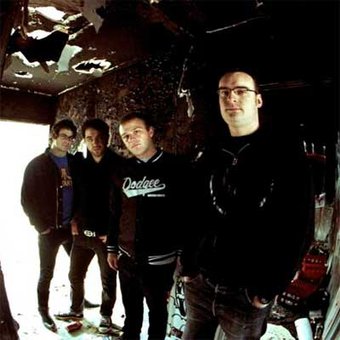 Renowned for exhilarating live shows, Autozamm have been part of the backbone and forefront of rock n roll in NZ for 6 years.

Collective musical experiences and interests are diverse with each member engaged in external creative projects that fuel the internal drive of the band.

Mikee Carpinter, who started the band in 2003, met Nick at the Wellington Rockshop and asked him to play guitar on an episode of Space. Nick remained in the band eventually taking over vocals from Mikee on the 2nd album Drama Queen. Vocals on the first album As For Now were divided between Mikee and Nick.

The band name is a simple story; it was on the back of a crap looking car! A Mazda Autozam! The sound of the band has moved through various phases; the inclusion of keyboards from the single Killer Shoes (2007) onwards deepened the textures of many songs, plus the explosive Richard Orr on drums who single-handedly re-ignited the passion for live performance.

"I am proud of the band because we are on our third record and have had so many ups and downs and always stuck together and this is mainly attributed to that fact that we are all very good friends which comes first. I would never lose a friend over the band, so the fact we have had so many good and bad times has made us all very close. Playing the shows I went to as a kid like BDO and having songs on radio and TV was always a dream when I started out in bands and to have this now is a real accomplishment. We have worked very hard for years now and I still love playing music and still love playing it in Autozamm!" - Mikee.

Steve has worked in the NZ music community since the mid 90s following a long stint in the UK, He has played in the Verlaines for over a decade, worked on Pink Floyd scores with the legendary Jaz Coleman of Killing Joke, recorded with the London Philharmonic Orchestra, gigged with US pop icon Belinda Carlisle and has a Doctorate in Musical Arts - Dr Small! He has written string arrangements for the Exponents, Shihad, Emma Paki, Shona Laing and many others, plus plays with the session band Pop Science.

Nick and Mikee are the primary songwriters in the band, with other band members contributing to song arrangements and production concepts. Ollie has worked on and engineered records with Shihad and Supergroove.

In addition to exhaustive touring of New Zealand, Autozamm has had the opportunity to support outstanding international acts such as the Black Crowes, INXS and Silverchair. Appearances at events such as the Big Day Out, Homegrown and Southern Amp have cemented the band as powerful large-stage festival performers, underpinned by a string of radio and Music TV hits.

Autozamm's latest (third) album 5th Degree offers an electrifying escalation of finesse and bravura. Krish Sharma captured the power of the band as they recorded live in the studio, harnessing their captivating live performance energy in a refinement of the new material - the result is a muscle-bound collection of emotionally-charged hits, of lofty peaks and murky depths. Eschewing rampant technology in favour of more classic mantra (a tele and a twin), Sharma and Autozamm created an album with the production aura of the great rock albums of previous decades. 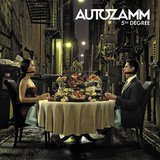