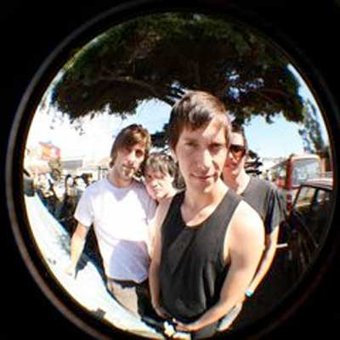 Currently, Black Boy Peaches are working on a music video for ‘This Affliction', the first single off their 7-track EP ‘Slasher', and dates are booked to shoot videos for another two songs. The videos are being released at a gig at Dunedin's Regent Theatre on August 14th 2010, following a thorough winter tour of Otago and Southland and a steady promotional campaign around Dunedin. Black Boy Peaches have also begun recording sessions for their debut full-length album ‘Company Feel Good', due for New Zealand release in November 2010.

In early 2009, and brothers Tom (lead guitar/keys) and Hamish Mepham (guitar/vocal), along with the drum/bass combination of Jackson Rodeka and Adam Murray, began working on the songs for the ‘Slasher' EP, which they recorded during June and July of 2009. The EP was released in flurry of promotional activity in the period leading up their first gig in October 09. Since then, the band has focused on writing and fine tuning new album material, building the regional fan base, and increasing the intensity and cohesiveness of their live performance.

Upon the release of ‘Company Feel Good', Black Boy Peaches intend to further establish themselves in New Zealand music scene and hope also to dip their feet into Australian waters. By the end of 2011, they would like to be making long term plans to effectively connect with international audiences.
(Incidentally, the other kind of Blackboy Peaches are a type of peach found in New Zealand, and are especially delicious stewed and when used in puddings.)