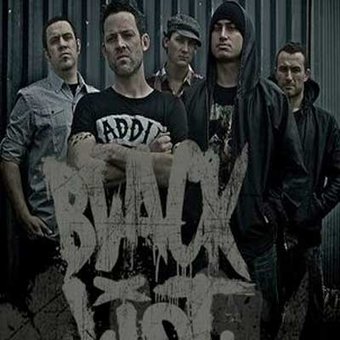 Blindspott formed in 1997 before anyone in New Zealand had even heard of Linkin Park or of trying to use a DJ with rock music.

With a staunch commitment to bad language, un-compromising 'in your face' lyrics, Lion Red and all things West Auckland, Blindspott set out on an assault course to win hearts and minds over with their trademark, heavy, rock sound.

What is extraordinary in Blindspott's sound is their mix of rap/metal with genuine sentiment. The mix is astounding, the kind of music that gives you goose bumps to listen to: both for its sheer audacity as well as for the epic and intricate nature of the songwriting. There are even a few songs that don't have the word 'fuck' in them...

So whilst Blindspott are not Nu-metal's answer to Coldplay just yet, they do know a reflective moment now and then.

Vocalist, Damian Alexander grew up "...listening to rap, metal, as well as Cat Stevens..." So it's no wonder that the music is imbued with certain sensitivity. "Whatever I feel that part of a song needs, I'll give it. If it's a real punchy, fast riff, you do a rap. But there's no point singing because it isn't going to fit."

Blindspott's self titled debut album was recorded at York St studios during 2002 and mastered in New York by Howie Weinberg (Public Enemy, PJ Harvey, Beastie Boys, Nirvana, The Cult, The Clash etc…), following the signing to Capitol Records. Produced by fellow Westie, Paul "he's a fucking legend" Matthews, the album is littered with experimental effects and sound textures. There's even the sound of the producer's footsteps whilst having wooden blocks tied on his shoes.

Shelton: "Many songs are epic, and intricate, although no less hard. We've got stuff that's beautiful, and some songs are just down-right rotten, dirty metal, and there's even some dub in there."

"People are constantly telling us that 'Nah, you can't do that', 'you can't swear like this', 'you can't say fuck' and maybe we can't do it, but we're going to do it anyway."

It's a good motto. 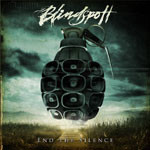 Their debut self-titled album (2002) achieved one of the highest ship-out &amp; pre-order figures ever seen from a local band, beating legends Nirvana and Foo Fighters to the coveted #1 ...