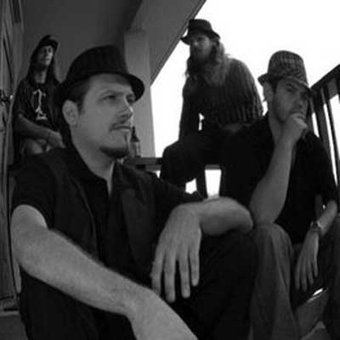 Blue Blood have taken back rock and are ready to roll.

The band's origins lie in the heart of urban Auckland. Originally Blue Blood was the brain-child of Joel C Blood and Simon Hole. Blood and Hole decided that it was time to turn back to their hard rock and bluesy roots and formed what is now Blue Blood. Blue Blood quickly grew into a full band with Nathan Cooper joining on Keyboards, Mike West on second guitar and Johnny Jackson on bass.

"Blue Blood serve up a serious dose of blues infused psychedelic rock. The influences maybe firmly rooted in the 70's but the production and delivery are very much in the now."
– Robert Taylor, The Rock Fm

So with the musical low-rider's accelerator firmly planted to the floor the Blue Blood journey is set for a non-stop rollercoaster ride filled with tales of sex, drugs and rock and roll. Blue Blood have seamlessly composed ten hard hitting retro rock numbers. The assorted love songs tell stories of wild nights with fast woman, encounters of heartless heart break and social commentaries on returning to the times when love was free and people's minds were open.

Blue Blood recorded their debut album at New Zealand's premiere recording facility, York Street studios. The album was mastered by leading engineer Chris Winchecombe who has previously worked with The Bleeders, The Feelers, P-Money, Opshop, Goodnight Nurse, 48 May and many more of NZ's finest bands. The first two singles The Reason and Magic Mary were quickly picked up by The Rock and Bay Rock Fm and The Reason was featured on Decembers' NZ on Air Kiwi Hit disc. Blue Blood's debut album release, Top Shelf Woman, was officially released on Rock'n'Roll Records on the 1st of February 2011.

Blue Blood have released their music video for The Reason a collaborative work of Joel C Blood and Juice award wining director Anthony Plant. The video has been received well by the C4 audience. The follow up video for Walk Away was compiled by footage of the band recording at York St Studios. The third video, Magic Mary, was released on the 2nd of May and features the super glamorous Champagne Room lead gogo dancer Anastasia. These sexy videos feature scantly clad racks, Cadillac's, and screaming Marshall stacks. Check out Blue Bloods exclusive Youtube channel to find out more!

Blue Blood recently were voted by Rock Fm listeners as being one of the top 6 bands in the country. Blue Blood beat 171 other bands to reach the finals of the open for Bon Jovi Competition, smashing many bands that have been headliners for years. In December Blue Blood also headlined the Off The Record Festival. A 9 band festival that featured some of the best new talent The Rocks' Off The Record show has had to offer.

The Blue Blood tornado tore apart the country apart in February 2011. The band played an 8 date New Zealand Top Shelf Woman promotional tour, the third national tour in seven months. Blue Blood have recently signed a European distribution deal with Record Heaven and are touring Europe later this year to support the albums release. Blue Blood have also been signed to New Zealand's iconic management label, Black Out Entertainment, so no matter where you are in the world you can be sure that your girl friends are not safe, 'cause the Blue Blood touring machine is just around the corner!