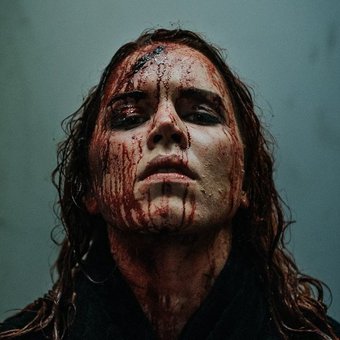 Cairo Knife Fight is Nick Gaffaney, a man who has drummed his way around the place for many of New Zealand's leading songwriters, and George Pajon Jr, a Grammy award winning songwriter and guitarist who has worked with some of the biggest names in the international music business including The Black Eyed Peas, Fergie, Carlos Santana, Macy Gray, John Legend, Sting, Nas and Damien Marley. Forming as a duo in 2009 Cairo Knife Fight try to redefine what two musicians can create live with Nick combining the responsibilities of playing drums, keyboard bass, creating live loops and lead vocals with George's seemingly limitless guitar soundscapes and incendiary riffs. The bands long history of dedication to pushing the boundaries of music video content has also seen them achieve viral status with their 2014 single Rezlord being viewed 11.7 million times as of May 2017.

In short order the band shot to the attention of the public after gaining a standing ovation from a packed Opera House in Wellington following their support set for UK act Gomez in late 2009 and being hand picked by Them Crooked Vultures to open for their New Zealand tour in early 2010 July 2010 saw CKF release their self-titled EP. The first single ‘This is Love' was included on the NZ Radio Hit Disk for mid 2010 seeing it rated as one of the songs of the year. The EP went on to be nominated in the 'Best Rock Album' category at the New Zealand Music awards in 2011. 2010 also included a trip the NYC to perform during the CMJ festival (while not actually a part of CMJ the band came to the attention of several members of the team and found themselves on a CMJ bill at the Bowery Electric) and touring Australia.

2011 was an extraordinary year for CKF. It began with a NZ tour with NZ's rock hall of famers Shihad in January before Them Crooked Vultures front man Josh Homme once again requested CKF to be the opening act for his Queens of The Stone Age NZ tour in February, which was disrupted by the deadly earthquake in Cairo Knife Fights hometown of Christchurch. While dealing with the aftermath of such an horrendous event the band took solace in recording the follow up EP 'II', released in August 2011 to 5 star reviews and top 40 chart placing's, and to appear as special guests of the Foo Fighters for an earthquake benefit concert in Auckland, NZ. CKF rounded out the year by again joining the Foo Fighters onstage at Western Springs in Auckland, New Zealand in front of 45,000 people for the band's Wasting Light tour. The concert is considered one of New Zealand's biggest ever stand-alone shows.

2012 saw Cairo Knife Fight return to the USA to perform at SXSW. The band was named as one of Alt Press' 'Bands to Watch in 2012' and made several 'Best of SXSW' lists following several well received performances at the Texas festival. Returning to New Zealand, the band went to work writing and recording their debut full-length record 'The Colossus'.

The album was released on Warner Music in May 2015 and was produced by NYC based New Zealander Justyn Pilbrow whose diverse credits include chart topping Los Angeles Pop act The Neighborhood and notorious Flint based metal act King 810. The albums first single, Rezlord, achieved top 40 Rock Chart status in New Zealand and the songs video exploded across YouTube in early 2015, going viral and passing 7 million views and counting by late 2016. As well as releasing their debut record, 2015 saw the band relocate to Los Angeles, undertake tours of New Zealand and Australia opening for Shihad, and perform at SXSW in Austin, Texas.

In May the band undertook their biggest tour of Australia opening for Aussie legends Karnivool over 17 dates and 3 shows in New Zealand to launch The Colossus.

In 2016 CKF recorded the follow up to the Colossus. The album "SEVEN" was written and recorded over 8 days in Kingsize Soundlabs Studios in Los Angeles in March 2016 and they reunited with long time video makers RedYeti and Hannah Tasker-Poland (both of Rezlord fame) to create yet another visually arresting film for the records first single titled A-Six. The single was released on June 2, 2017 and received rave reviews. PureGrain Audio called it "darkly seductive" and "utterly hot" and AudioFuzz opined that Cairo Knife Fight's music was "what hard rock should sound like."

On August 17 2017 the band released the second single from 'Seven" entitled A-Eight featuring another video collaboration with Hannah Tasker-Poland, Karl Lear and Andrea Hows. AudioFuzz chose this moment to label the band "NZ's secret weapon, one of the best bands ever" and implored their readers to "jump on this bandwagon."

A must see live act of power and excitement, Cairo Knife Fight are pushing the limits of what two musicians can do on one stage. The future is certainly bright for this New Zealand duo. 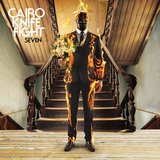