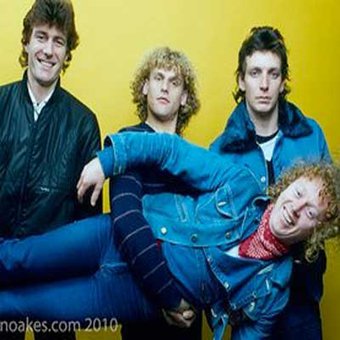 After success with Th' Dudes, which established him as a writer of some note...

... penning the hits 'Bliss' and 'Be Mine Tonight' (both emotional and engaging tunes); Dave Dobbyn in 1981 formed the band that would go on to produce a string of top ten hits, two platinum selling albums and a special place in NZ pop history.

The band began gigging straight away in the flourishing Auckland scene, earning much praise and many new fans. A record deal was secured in less than 6 months of forming and soon DD Smash had their debut release the 'Cool Bananas' album. Later that year they cleaned up at the NZ Music Awards. More was to come.

After touring extensively throughout New Zealand and Australia DD Smash returned to the studio with a newly aquired brass section and released what is probably their best known song the Top Ten single 'Outlook For Thursday'.

They dominated the NZ Music Awards for the second year in a row, moved to Sydney and in 1984 released 'The Optimist', an album that carried the hits 'Whaling' and 'Magic (What She Do)'.

That same summer in Aotea square, Central Auckland (thanks to the combination of the crowd drinking all afternoon in the hot sun, and over-enthusiastic riot police), Dobbyn after trying to calm things down, but with perhaps badly chosen words, was arrested and charged with inciting the riot that then ensued.

There was no point touring to support an album called 'The Optimist'. DD Smash had run its course. 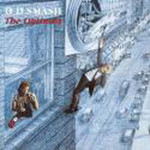 It was in 1984 that DD Smash released this top selling album, an album that outsold their debut 'Cool Bananas', no mean feet. It spawned the catchy pop tunes 'She ...