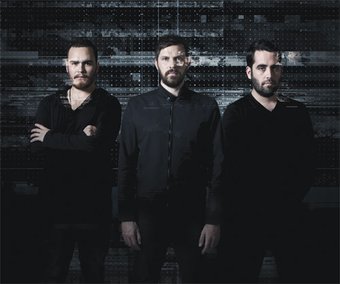 Decortica arose as a musical project in 2005 created by Mathew Bosher and his brother, former drummer Daniel Bosher. Inspired by riff-orientated rock and angular lyrical concepts, the Auckland based band arrived properly in 2008 with the release of their debut album "A New Aesthetic." With good video play for the singles "Peace May Come," "Macchina" and "Featherlight," the band began to carve their own niche under the banner of alternative rock and following the release of their sophomore effort, they were regarded as one of New Zealand's best kept secrets in the underground rock scene.

The second album "Love Hotel" was originally released online in 2010. A concept album with a narrative set in the urban Japan nightlife, it centred around short-stay fantasy rooms that cater to guests' sexual predilections and serve as havens from the pressure and ennui of modern life. Bosher had developed the concept as he was interested in the anonymity of hotel life - love hotels being something of an institution in Japan. The album featured the singles "Monster in a Pretty Dress," "Eros," and "Shinkansen."

By the time "Love Hotel" needed to be toured, Daniel Bosher had moved camp and was replaced by Tory 'Jester' Staples. Following New Zealand and Australia shows, Bosher's fascination with Japan also led the band to successfully tour there in 2011; a well received seven-date stint that was the thematic homecoming of the "Love Hotel" record.

In 2011 EMI Music New Zealand signed Decortica and re-packaged "Love Hotel." It was the band's first release with a major label and in preparation for the release of "11811," 2012 saw further personnel changes with new bassist Brendon Kahi joining Decortica to realise live what Bosher and Staples had created in the recording of the band's third album.

Reminiscent of Deftones and early Soundgarden, Decortica have translated their recorded work to a live show renowned for a heaviness and intensity that has garnered the band fans throughout New Zealand, Australia and Japan. Continuing to create a unique and uncompromising strain of alternative rock music, "11811" is further proof that Decortica is one of the country's true sonic forces. 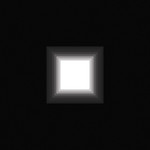 11811 is the third and most sonically powerful album to date from Auckland alt-prog-rock trio Decortica.