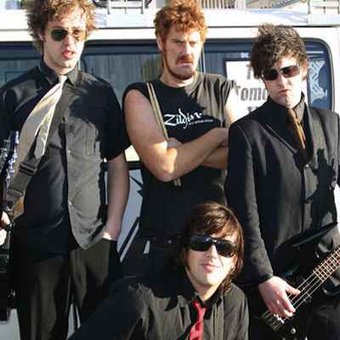 In 2004 they released their awesome debut album 'Brown Sabbath'.
Featuring the singles 'Beers', 'P', 'Today Tomorrow Timaru' and 'We are Deja Voodoo'.

Deja Voodoo released their second album "Back in Brown" in 2006.
Featuring the widely ignored singles 'Can't do what I wanna do', 'Frat Nation', 'Shotgun' and 'Tracy'.

You can purchase both of these albums at BACK OFTHEY.CO.NZ

Some of the band made the TV show BACK OF THE Y and the Feature film THE DEVIL DARED ME TO. Some of the band think the TV and Film stuff is shit and resent the association. 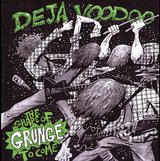 The Shape Of Grunge To Come

After 350 live shows, 2 albums and 8 years, Deja Voodoo considers their third album 'The Shape Of Grunge To Come' as their alternative debut. A re-ignition of the punk ...