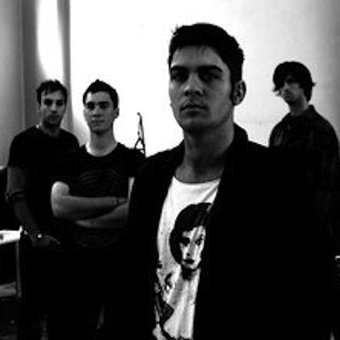 Don't you just love those songs that make you smile involuntarily, actually listen to the lyrics and appraise the musicianship, and get you up dancing every time you hear them (even if you're in your living room!).

Songs like that are rare, but rock four-piece Doppler has found the magic ingredients.

"It's hard to sum up our sound in one word or phrase", says bassist Daniel Wilson, and indeed it is. Doppler has discovered the key to rock longevity- their sound is complex and varying; from emotive acoustic guitar with Clapton-esque electric on "Underlie" to raw, powerful and dance inducing "Blue Diamond Eyes". Their latest success is the new summer-anthem "Oblivion", recorded at legendary York Street studios, and produced and engineered by 'Hook' from 48 May. The single has been written to perfection, with edgy harmonies, complex rhythms, layered loud guitars and strong, driven vocals.

The men behind the music are Adam and Daniel Wilson, Matt Gorman and Simon Christensen. Vocalist Adam and guitarist Matt began playing together in 2005, and formed The Last, a predominantly covers band. Unfortunately The Last was not to last- it split in mid 2005, and a few months later Doppler was born. Adam says of the split: "I'm always drawn to music like Pearl Jam and Foo Fighters and after playing it for several years I realised that I could create my own, and add my own style to it." Adam and Matt roped in Adam's brother Daniel, a singer in several Canterbury based covers bands with a penchant for rhythmic driving bass lines. They were accompanied by drummer Simon, who already had tasted fame with originals Christchurch band Picture. Simon recalls: "We all came from different music backgrounds, but we all wanted to produce rock. And not just pop-rock like other bands were doing at the time. We wanted inventive, talented and powerful rock!"

In a space of a few months, the band had written six songs and recorded an EP. "Those few months were madness", says songwriter Adam, "I'd go to jam with some ideas, we'd work on them, and leave with a new song." Daniel describes their writing process as collaborative: "We all have so many different influences. Like, Simon is heavily influenced by Incubus, which can sound completely different to, say, Shihad. We try to meet in the middle, creating our own sound, and blending our different experiences." And for Matt, known by the others as Gormo, the writing process is never finished: "That's the cool thing about our music- its something that is alive and never stagnant. We are always going back to old songs, reworking them and adding new riffs and harmonies."

The "alive" nature of their music lends itself perfectly to live performance, which they excel at. The last two years has seen them opening for the best- Opshop, Atlas, Elemeno P, Autozamm, Goodnight Nurse. Simon says of the experience: "It's been incredible, the reactions we've got. Everyone has really liked our sound and its great playing with bands that have such large fan-bases." In their Methven hometown at the base of Mt Hutt, loyal fans flock to their gigs, causing the lead singer of Goodnight Nurse to admit that it was daunting getting on stage after such a popular band! Their live shows are energetic and fun, adapting their performance to the crowd and venue and doing what they do best- rocking out. It is obvious that the guys thrive on live performance: Simon's drumming energy is unsurpassed, Daniel's infectious rhythms have him rocking all over the stage, Adam's lyrics and vocals powerfully fill the venue with assertion and vigour, and Gormo's guitar solos are played out in an iconic 'rock-star' pose. All in all, they leave the audience screaming for more.

Their talent carries on into the studio. Their first album was recorded at Nightshift Studios in Christchurch. "It was a great experience" remembers Daniel, "None of us had ever recorded before and it was partly an experiment in 'can we do this? Can we translate Doppler to a CD'?" They most definitely could, and their self titled E.P Doppler was a hit, leading to an epic CD release gig with hundreds of singing fans. Now with a repertoire of almost twenty songs, Doppler are building up to another recording. "This one is going to be more professional. With Oblivion hopefully hitting radio stations soon, we want to follow that up with another, professionally produced and engineered single, maybe even an album" Daniel says.

And how about the path to fame? "It's hard", says Matt, "Our goal at the moment is radio play, and then a music video with a big marketing push towards the public. I think as long as we're still having fun, and we still enjoy music, then our writing is going to get better and better. And how can we not be having fun? We're meeting amazing people, our fan-base is getting bigger and our gigs rock!" Adam agrees: "I can definitely hear our music being played on New Zealand Top 40 or whatever. People like our sound, they can relate to it, it's a new kiwi sound and it's not too alternative or grungy. We're all about rocking out together, producing polished music and kick-ass live gigs and having some fun!" 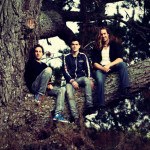