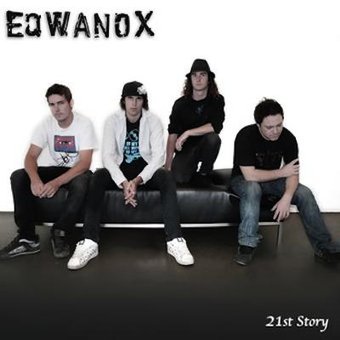 EQWANOX are a Rock band from Waikato, New Zealand with Punk, Grunge and Pop Rock elements.

They were formed in Te Awamutu (Home of the Finn Brothers) in 2004 while still at highschool and have built up a diverse fan base, mainly from their live shows which is something they pride themselves on.

They have been able to share this live performance with audiences on some of New Zealand's biggest stages with a number of musical friends and heroes such as SEETHER, BILLY CORGAN (Smashing Pumpkins), GLUE (Australia), The Bleeders, Midnight Youth, Autozamm, Stylus, The Rabble, Streetwise Scarlet, Falter, 5 Star Fallout and have also been an annual Smokefree Rockquest Guest Band since 2006.

The band placed 1st in the 2009 Axces Bar Rattle the Room competition, made the National Final of the World Battle Of The Bands (Aired live on ALT TV), KFC's NZ Music Month ‘Sounds From Your Hometown' competition and have performed live for JUICE TV's The JD Set.

The band has received a numerous amount of radio play in New Zealand since 2005 when they made their radio debut on The Rock FM with the song Less Than Negative. Their music has also featured on New Zealand TV on shows such as C4TV's Studentville and M.E.A.T.Y, Prime TV's The Red Shift and music videos for Killing Time and Invincible have been aired on NZ Music TV.

All of the above has now lead to the release of their debut album ‘All Roads Lead From Here' which was recorded at Number 8 Wire Recording Studio by Chazz Rabble and Dudley Studios by Captain Hook. The album features 10 Anthemic Rock tracks written and recorded while the band were still in their teens.

The albums leading single ‘21st Story' is an epic party sing-a-long with huge guitars and an even huger chorus. It has been released for FREE online download on myspace and will be hitting the radio airwaves in early 2010.
All Roads Lead From Here is out now online worldwide with its physical release due in March 2010 through Isaac Promotions and Border Distribution.
EQWANOX are driven to succeed, yet determined to have fun in the process, and have since the beginning had the attitude "Don't wait for things to happen, make things happen".

EQWANOX proudly support 'The New Zealand Child Cancer Foundation' ( www.childcancer.org.nz ) and the 'Fill The House' Tickets Project - which sources tickets to shows for CCF families, because "We believe kids should not die before their parents" . 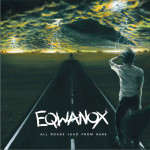 All Roads Lead From Here