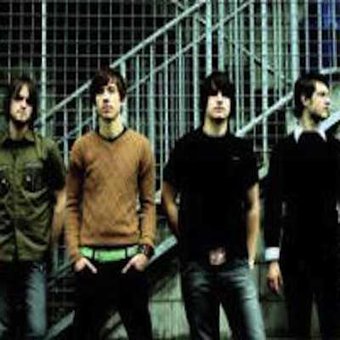 New Zealand caught it's first glimpse of Falter in 2003 as the three lovable teens hurtling down a hydroslide singing 'Falling to pieces' over and over.

Now in 2006, Falter are poised to set off on the biggest tour in New Zealand history.

Falter began life as many other bands - thrashing out angsty pop rock in their high school music room. After a year or two of practise however, they found they had created something special and decided to take it further. In 2003 Simon, Richard and Ben took out the National Rockquest competition, giving them the leg up they desperately wanted. The next two years saw the release of 'Falling,' 'Fear of Heights' and an accompanying EP. It also saw the addition of Thomas on guitar, expanding and developing their sound.

By the end of 2005, Falter were an experienced and hard-working touring band, with a unique but commercially viable sound, and a great live show. Their success was enough to be chosen for the 2006 Boost Mobile School's tour. The tour saw them play over 100 shows all over New Zealand, from Invercargill to Whangarei.

Falter's Debut album is out May 2009 and their brand new single Always is about to hit radio and tv so keep a look out for Falter!

As Far As I Can Get From Here

Falter release their debut album As Far As I Can Get From Here. Produced by Hook of 48May fame, it combines dynamic moody undertones with driving rhythms and melodic hooks ...