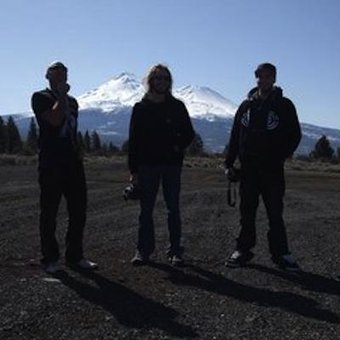 Conceptually, the band explore themes centered on deep space and science fiction; with a particular emphasis on Incan scientific and space exploration philosophies and imagery.. Fornax Chemica are not afraid to wear their thematic influences on their sleeves, and cite everything from the aforementioned cultures of South America to Dune, Blade Runner and Star Wars as key sculptors of their highly exploratory sonic landscape.

Musically, Fornax Chemica play a brooding, surreal form of progressive post rock, with a particular emphasis on innovative songwriting and technical prowess. Doom-laden riffs and thunderous, high energy rhythms blend seamlessly with psychedelic interludes, mind-melting polyrhythms and passages of pure ambient expressiveness. Influenced sonically by everyone from The Melvins, Tool, Secret Chiefs 3 and Isis to Angelo Badalamenti, King Crimson and Led Zeppelin, the band have shared stages with the likes of Cult of Luna, …And You Will Know Us By The Trail of Dead, Kerretta, Black Boned Angel and This City Sunrise.

In a live setting, the full Fornax experience boasts high definition computer-generated visuals set over multiple screen projections, alongside striking lighting and laser effects to create a truly mesmerising atmosphere that simultaneously pummels the audience into submission and then lulls them peacefully with audio-visual tranquility.

Fornax Chemica’s debut album ‘Chemical Furnace’ was recorded in mid-2009 at RadioStar Studios in California, under the guidance of renowned producer Sylvia Massey (Tool, Red Hot Chilli Peppers, Johnny Cash) and mastered at Golden Mastering by John Golden (Primus, Sonic Youth, The Melvins). The album is scheduled for release worldwide in October 2009, and with this release a new brightly-burning orbital body from under the mark of the Southern Cross will light up the heavens with works of music that are at once intelligent, focused, innovative and ambitious.

The bands debut album - recorded at Radiostar Studios in California and produced by Sylvia Massy (Tool, RHCP, Johnny Cash) and mastered by John Golden (Primus, Sonic Youth and The ...