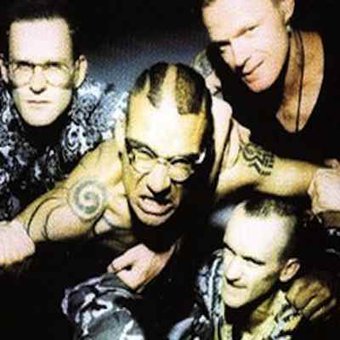 In May 1992 the Hallelujah Picassos released their debut album Hateman In Love, the culmination of 4 years playing around Auckland. They toured the nation playing to great audiences, converting one and all to Picasso Core.

They then released the single "Lovers +" with 3 new B-side recordings. 'Lovers Plus' is a lilting reggae/ska ditty features Alice Latham of the Arch Hill Tune Rustlers on saxophone and Greg Johnson ('Isabelle') on trumpet, and a mighty fine piece of trumpet it is too!

"Hateman" was recorded at Airforce Studios with Rex Visible at the wheel. This song was originally destined to be the title track of the album but we ran out of time to do it, so here it is, better late than never! Both 'Who Do You Love?' and 'It's A Man's World' have been popular live faves with the HP's for a wee while, so they decided to commit them to tape. These two tracks were recorded pretty much live at Frisbee Studios, and they are rippingly good. Picassos tear Bo Diddley's 'Who Do You Love' into a ragged trashing heap, and bend James Brown's classic 'It's A Man's World' into a beast of a thing, all wild dynamics and enchanting piano.

All songs Published by Picasso Corp. except 'Hollandse Bananen' and 'Praises Be'. Produced by the Hallelujah Picassos with David Hornblow. Engineered by Chris Sinclair. Recorded at the Lab, late March ...