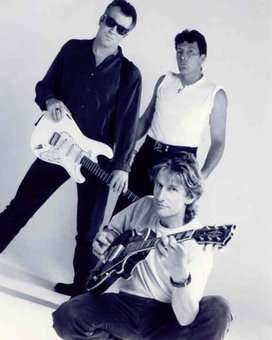 Their debut self titled album released in 1977 was the first locally made New Zealand record to achieve Gold Record status and Hello Sailor had the country at its feet.

In 1978 the band based itself in Hollywood and came close to securing a signing to an American major. It was not to be and Hello Sailor come home and then tried Australia before running out of money and steam in 1980.

Graham Brazier, Dave McArtney and Harry Lyon, the three founding members and songwriters, still perform and record together some twenty-five years after the inception of the band in 1975.

June 2001 saw the release of a new 'live' album capturing the musical magic as it happenned!

In musical style and lyrical content, Hello Sailor's music reflects its Kiwi roots, particularly the cultural diversity of post-colonial Polynesian Auckland, City of Sails, with all it's colour, sea, sand and bush, plus the steamy underbelly of an increasingly cosmopolitan city of over one million people.