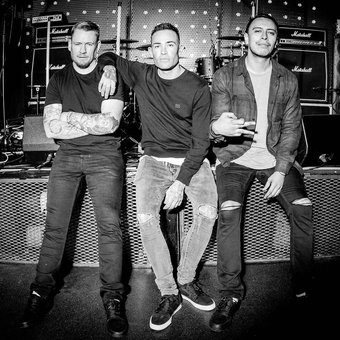 With an impressive 70,000+ loyal fans on Facebook and over 1,000 international members of their ‘IAG Army', I Am Giant have amassed a huge worldwide following with four #1 rock singles and a certified gold album in New Zealand, music videos featuring skate and surfing icons Tony Hawk and Kelly Slater, opening for Slash in Australia, a UK tour with Taking Back Sunday, performances at Big Day Out in Auckland and Sydney, opening for Stone Temple Pilots in Singapore, touring throughout Asia several times, and playing the prestigious Viper Room and Mercury Lounge in the US.

Their debut album The Horrifying Truth, was recorded with acclaimed producer Forrester Savell (Karnivool, Dead Letter Circus, The Butterfly Effect). I Am Giant bound together what they describe as "a collection of stories, thoughts, observations and exploration" into a cohesive and hard-hitting explosion of sound and melody. From the first song Purple Heart to closer After The War, the sharp lyrical themes draw the listener into the band's growing awareness of mortality and loss of innocence. The Horrifying Truth is pure, unadulterated rock, with its heart on its sleeve and an unquenchable fire in its soul.

October 2012 saw I Am Giant release The Horrifying Truth in the UK and Europe, where their single Purple Heart won support on BBC Radio One as Zane Lowe's ‘Next Hype' , XFM, Kerrang! Radio and Q Radio as well as hitting the No 1 spot on Polish Radio Eska Rock.

2013 began for I Am Giant with the completion of the Shihad tour as well as a small tour of Australia. Heading to France in May, I Am Giant began recording their second album Science & Survival at the Drop in Music Studio in Saint-Jean-de-Luz, France, releasing the first single off the album Razorwire Reality in December.

2014 was also a busy year for I Am Giant, playing the Orange Warsaw Festival in Poland, ahead of the release of their highly anticipated second album, Science & Survival in July, which they followed up with an album release tour throughout New Zealand and Australia.

September saw I Am Giant play the Bruis Festival in the Netherlands, before touring throughout Germany and returning to London for a UK tour of Science & Survival. Headlining London's Nightmare Festival in early November, this month also saw the band perform at Sheffield's Winter Rocks Festival, ahead of their return home to New Zealand to tour with Shihad, Cairo Knife Fight & The Datsuns.

Beginning 2015 with a one off show at Auckland's Kings Arms, March also saw I Am Giant perform at Wellington's popular Homegrown festival. Early May saw the band release a new single, Kiss From A Ghost, which rose to #1 on the New Zealand iTunes charts following the groups live performance of the single on The X Factor New Zealand. Following this success with an exclusive Kiss From A Ghost Tour throughout New Zealand and the UK.

2016 again saw I Am Giant begin their year with another one off show at Auckland's Kings Arms, followed by another performance at Wellington's Homegrown Festival. 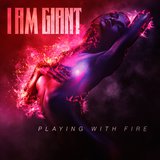 I Am Giant elsewhere