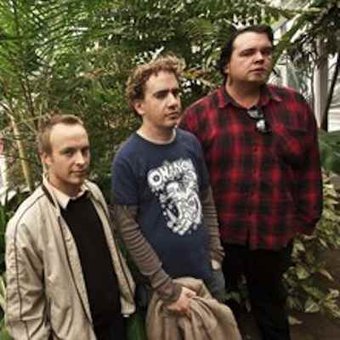 They say: We used to be in Carriage H, Gestalt Switch and Monkey Knife Fight. Karen from Onanon got us together and therefore is our god.

They elaborate: Idiot Prayer are a recently incarnated sonic rock band from Dunedin. Formed in December 2009, they have taken little time in forming songs, playing gigs (including a notable seven gigs in May 2010 alone) and recording.

Whilst Idiot Prayer is a new band, it contains some relatively old hands of the Dunedin music scene. Main songwriter, guitarist and singer Tim Smith was one third of Carriage H, (2001 Rockquest national winners), drummer Sam Brookland was in the much travelled Gestalt Switch, and David Ager was in the more obscure Monkey Knife Fight (as well as currently hosting The Local, Dunedin’s Radio One New Zealand music show and running our BFF’s Monkey Killer Records). 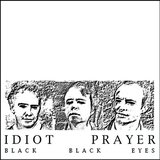 Immediate download of Black Black Eyes in your choice of 320k mp3, FLAC, or just about any other format you could possibly desire.