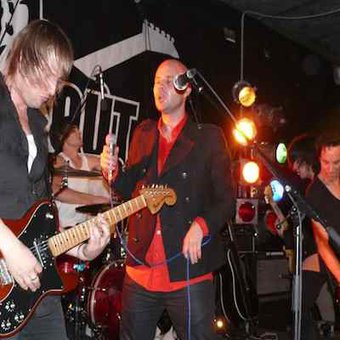 Following the decision by New Zealands garage rock behemoth The D4 to go on extended hiatus, vocalist and guitarist Jimmy Christmas retreated into the wilds of Auckland and began work on a strange new project.

At a secret location deep in Kingsland, he surrounded himself with the fragments and souvenirs of many years playing to and with the denizens of rock n roll's global underbelly, and began to write songs of confusion, resolution, exploration and evolution. In a studio that echoed the feverish workings of an exploding consciousness, he gathered together the SOUNDS he needed, and the words he believed made sense. He exited the lair only to cross the boiling morass of the Tasman Sea, to find like minds that leaked insanity, and returned to his HQ with their pulsating offsprings, which he then inserted into the heart of the experiment. From there, it was only a matter of time before he gave it life, and named it Luger Boa! 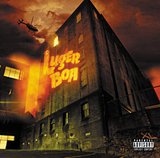 New Hot Nights is the second album for Luger Boa, the brainchild of Jimmy Christmas.