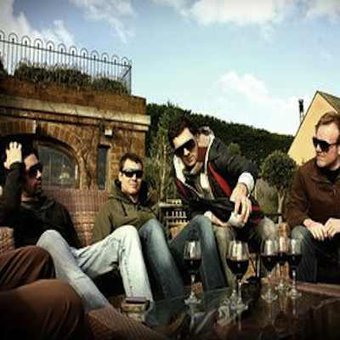 ‘Set Your Mind to Fly' - the new album from Wellington's Mercury Crowe was released in May 2009 to over 600 eagerly awaiting fans in both Auckland and Wellington.

Recorded mainly live over three days, the self-produced album sinks comfortably into a range of styles - spanning filthy blues riffs, Beatles-esque harmonies, story telling ballads and foot stomping rock. It also marks a new rough-edged sound for the Crowe who wanted to convey the energy and space of their live shows on the new album. "This time we all set up to record in the same room". Says drummer Nick George. "We made sure the guitars were bleeding into the drum mic's etc - which allowed the whole sound to breathe the way it would live."

The nine-track album credits song-writing from all four band members and features long time collaborator Ed Zuccollo (Harbour City Electric) on Hammond Organ, and the phenomenal Lisa Tomlins (Fat Freddies Drop, Hollie Smith) singing backing vocals. "We've always loved the gospel backing vocals of The Black Crowes and Ryan Adams". Adds singer Allan Mansfield. "So it was good to get that side across on the record." It's a big step forward from their debut e.p ‘Mercury Crowe' (2007) and, while both were similarly produced, mixed and designed by the band themselves; it's clear the year-and-a-half between was spent honing their craft from the stage. The result is nine well delivered, road tested, sing-able rock n roll songs. "We all feel really good about this one".

In 2008, the band invested in a 1986 Hi-Ace and set out to play as many gigs as they could book. "We would basically drive ten hours to Auckland after work on Thursday night, play two shows on Friday, one on Saturday night, then drive back for work on Monday". says Mansfield. "There wasn't a lot of sleeping going on." Among the sixty-odd shows that year the band notched up a few South Island tours including orientation week (playing for The Datsuns after party), and even a rooftop gig in Dunedin. "It was touch and go because it was about five degrees and raining on-and-off but we were stoked to have our Beatles moment." The Crowe also kept well busy performing live on Radio Active, VBC, Access Radio, Alt TV and Good Morning. The song ‘Carolina' gained nation-wide radio play on The Rock and a second run of their debut e.p sold out completely.

Currently Mercury Crowe can be found between tours at Wellingtons Cavern Club playing acoustic arrangements of old songs, testing out new songs and covering anything from Hendrix to Ryan Adams. "The Cavern gigs are great for working out harmonies and new songs, but it also gives us the chance to stretch out on blues tunes and play a few covers, which is good for any band to do." Says George. "It keeps us on our toes."

‘They are young, talented, their live show is on fire, and they are up-and-coming in the best sense of the phrase.' - aucklandlivemusic.co.nz

‘The epitome of a hard working band.' - Mike Chunn

Set Your Mind to Fly