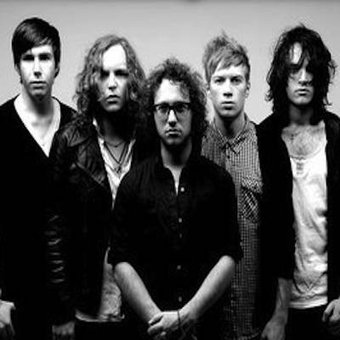 Midnight Youth have truly hit the ground running on the back of the phenomenal success of their first single ‘The Letter’, from their debut album 'The Brave Don't Run'.

‘The Letter' was the #1 most played New Zealand song on radio and the music video simultaneously hit #1 on two major music television networks. The track also held a Top 10 position for more than 15 weeks in the Radioscope Top 100.

'The Brave Don't Run' was recorded in studios in New York (whose previous inhabitants include music luminaries Ryan Adams, David Bowie and Sufjan Stevens) and Auckland (The D4). The album was produced by Brooklyn's Terence Dover and Auckland's Andrew Buckton.

Leading up to the album release, the band spent a busy six months touring New Zealand and the United States - including shows across New Zealand with The Veronicas, and Metro Station. The North American dates included the acclaimed SXSW music festival in Austin (Texas), and shows in New York and at Los Angeles famed Viper Room.

Midnight Youth were also selected by Australian rock legends INXS as their New Zealand support on a recent tour. INXS were so impressed by this new talent, they later proclaimed the band as, ‘One of the best they had played with in Australasia!'.

Midnight Youth have also played across the country with bands such as Incubus, Ok Go and locals OpShop.

The band formed in 2006 and immediately displayed signs of what was to come with debut singles, ‘Supernatural' and ‘A New Day', achieving Top 40 NZ Airplay on radio and TV. They were also one of the top unsigned bands on MySpace in 2008.

This success has been backed up by their latest offering and second single from 'The Brave Don't Run', ‘All On Our Own' - a Top 20 hit after just three weeks of release.

All of which brings us back to the here and now, with Midnight Youth set to issue their first record, 'The Brave Don't Run', through Warner Music. With songs drawing from their extremely diverse musical influences, the album kicks off with the bold track ‘Cavalry', written in New York and motivated by the city and the experience of touring as a young band.

This opener sets the scene and theme for a record that takes a journey through notions of joy, despair, youth, loss and hope. This is complemented by the unique album artwork, inspired by the lyrics and experiences of the band over the last year while making the record. 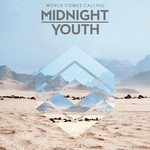 One of the biggest musical success stories to come out of New Zealand in the last few years, Midnight Youth are back with a huge new album - World Comes ...