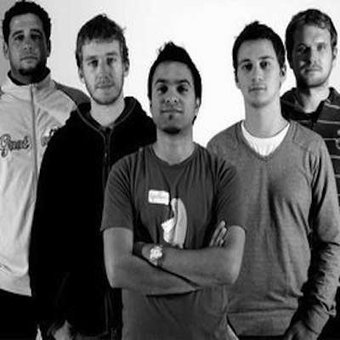 It's the energetic, upbeat, hook-laden rock that has thrown Auckland 5 piece Mile High into the limelight in recent times.

Their sound captures a lively energy that pulls even the most timid souls onto the dance-floor with a live show leaves their audiences wanting more.

Formed in 2008, Mile High's first two singles were released to great acclaim gaining national radio and TV play. Their debut single "Now" went on to score a top 1000 spot on the Rock FM's 2009 Rock 1000. This success propelled their live show allowing them to perform live on TV3 Sunrise and the Big Night In telethon as well as being selected to play the 2010 Big Day Out and The Bog Band Fest in Christchurch supporting Midnight Youth and Dane Rumble.

The band have recently come off their winter tour, playing numerous packed out venues around the country. Their sound has proved to be a hit and pull crowds not only in their hometown, but throughout New Zealand.

Their latest release "Down & Out" showcases the band's more serious side, focusing on more sober themes, but maintaining the upbeat and energetic sound that they are so well known for. The single was produced, engineered and mastered by Andrew Buckton at Studio 203.

Mile High are Aditya Maharaj, Kevin Nolan, Paul Nolan, Christopher Chamberlain, and Quinton McMillan, who with an infectious sense of humour, thirst for fun and a love for music will soon be gracing your stage, stereo or TV.

Mile High has no affiliation to the infamous club nor do they frequent aeroplane bathrooms.