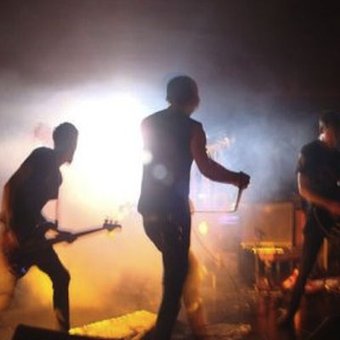 A band willing to break musical and scene boundaries to bring you a symphonic metal party that will rock your pants off and broaden your ideas of modern rock music!

NLL was formed in late 2004 by founding member, ex-guitarist Ryan Laracy under the name "Worse Case Scenario". After losing and gaining multiple members (most notably gaining Nick Foster as Lead Vocalist, and ex-Day Break bassist Matty Prattley) and the addition of synths in the musical mix NO LOVE LOST was born.

After playing across the country and gaining a huge loyal following, Ryan suddenly quit to pursue a more "responsible career". NLL seemed doomed! By moving Paul from keys to guitars and the recruitment of Kier Fitzpatrick (ex-Dekline) to play keyboards and samples the band was sounding better than ever, however not yet complete.

Through new drummer Dave McDonald (Not Quite Right, The Outsiders), the band was introduced to the ‘Bad Brother’ Blair J C Pedersen (ex-Tubuku) who was willing to fill in with lead guitars to fatten up the live sound for the remainder of 2008, but after one live show he was sold and took up the position as lead guitarist full time.

June 5th 2009 saw the release party for NLL’s long awaited second album ‘Haemoglobin Rush’ which was held at San Francisco Bathouse to a sellout crowd. In true NLL style it featured an over the top stage production which included a laser light display and pyrotechnics. It was also recorded and will be released as a b-side in the near future.
Haemoglobin Rush was recorded in the second half of 2008 at "Muses2murder" studios by Paul Lawrence.

The SPECIAL EDITION of Haemoglobin Rush comes with a free live @ VALVE (RIP) DVD (featuring ex-guitarist Ryan Laracy with Paul Lawrence still on keyboards at the time). This is available at all good record stores and online.

NLL are currently working on their third, and first full-length studio album which will be released in March of 2010.

With a variety of shows booked for the new year, NLL has found their sound and is coming to unleash their roller-coaster of a live show on a town near you! Be prepared New Zealand, Then the world! 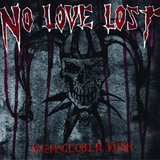 Immediate download of 8-track album in your choice of 320k mp3, FLAC, or just about any other format you could possibly desire.