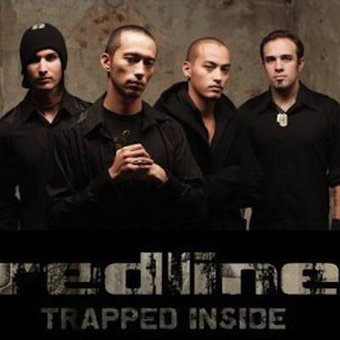 ... and supporting the likes of Killing Heidi, Living End, Placebo, Live and Sugar Ray and Regurgitator.

He left the band in 2003 and discussed the possibility of starting his own band with brother and drummer, Richard. "We had a jam together and it just felt good," says Chris.

Once joined by guitarist Craig Broadbridge and bassist Nick Gregory, the band was ready to develop a distinctive brand of rock metal that "forces itself out of its comfort zone, pushes its own limits," says Chris of the distorted guitars, loud drums and heavy bass.

Success came quickly for the band,who have already opened for Evanescence and Disturbed, played at the inaugural Metal Day Out Festival, as well as supporting Blindspott and The Bleeders.

Their video for Time After Time was also nominated for best independent music video at the 2005 Juice TV Music Awards.

Their eagerly awaited self-funded record, Trapped Inside, redline establishes itself as one of New Zealand's most progressive rock metal bands.

It was produced and engineered by Paul Matthews, (Blindspott, Stylus, OpShop); mixed by Kenny MacDonald (former producer for Texas and The Proclaimers) and mastered by well known alternative Swedish producer Pelle Henricsson (Poison The Well, Refused) at Tonteknik Recordings.