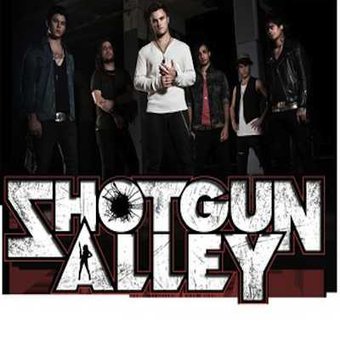 No one would dare say that the Shotgun Alley boys have had an easy run to release their debut album - new band members, re-recording vocals, and album delays have hindered the self-titled, 12-song, all-rock record.

But anyone would agree they must have had fun doing it!

The journey began in March 2010 when Scotty Rocker (drummer) and his crew tracked the bulk of the music at Red Bull HQ in Santa Monica, Los Angeles. They had already completed one New Zealand tour and played with Alice Cooper and Steel Panther so things were looking bright for the six-piece.

They then came back to complete another New Zealand tour, open for Slash at NZ's G-Taranaki Festival and also run into a little trouble with members. In December, 2010 their singer decided to part ways with the other Shotgun boys which obviously, came as a shock to the system. It took the boys a few months to come to terms, and re-assess focus, but when the did, they came back with a new singer and ‘all guns blazing.'

Back in the Red Bull Studios in Auckland, Australian-born, Mark Furze, had just joined the boys as their new singer. "We couldn't have asked for a better fit," said Jimmy Wong (keyboardist) and Davie Love (guitarist) had this to say, "The kid's a weapon!!" So with the enthusiasm of all the boys and a new friendship moulding, an NZ tour and opening for ZZ Top in April 2011 helped solidify that.

So after tosses and turns, the boys are ready for NZ to get rocked. After the release of their 80's-influenced, heavy pop-rock record on October 3rd, they have recently opened for Def Leppard at Vector Arena in Auckland, acting is the springboard for the next four weeks being as a full a New Zealand tour as they could muster, stretching from Auckland, right down to Dunedin 2011. Keep an eye/ear out for the boys in 2012! They play the Beyond The Black Festival on New Years Eve and Homegrown Festival in February. 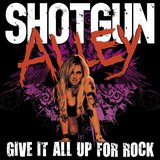 Look at Me Now