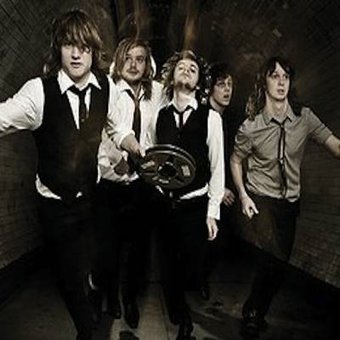 When The Checks relocated back to New Zealand in 2008 after living in London for 18 months, they had the killer Ian Broudie-produced debut album Hunting Whales, and a whole spectrum of touring experiences under their collective belts.

Touring Japan with The Hives, hitting the road with Muse, pressured by Oasis to be their opening act, and being introduced on stage every night of an REM tour by uber-fan Michael Stipe: all this stuff is hard to beat when your group is the one you formed with your 15-year-old pals from school less than five years earlier.

For The Checks, who had bagged a 2005 New Zealand Music Award after releasing just one single, there was never any question of sitting around reflecting on these heady days of teenage glory. Their restless creative energy -- fuelled equally by vintage R&B, indie rock classicism, and the wild side of 21st century acts -- was channeled into self- recording and self-producing the raucous intensity of second album, Alice By The Moon, and undertaking two sold out tours of New Zealand.

Alice By The Moon has been enthusiastically received by the critics and audiences alike; and while it retains the rough-hewn r&b swagger of Hunting Whales, a kind of dynamic psychedelic soul has taken hold, leading the songs into rather different areas than the blues and modern rock many expected. The NZ Herald noted THE CHECKS were treading "the fine line between experimentation and reinvention", resulting in "delicious listening"; while inyourspeakers.com lauded The Checks' "usual, pulse- pounding, energy, and nothing less".

Somewhat unusually, The Checks were brought up hearing the blues; but the musical past for The Checks is as much 2003 as 1963: it's the crushing grooves of The White Stripes over those of Led Zeppelin, and the spirit and sound is closer to Kings Of Leon than BB King. What The Checks are about is capturing the heavy soul which has always made rock'n'roll music great: the kind of unrestrained rhythm'n'blues-singed fire of love which has infected groups from the Gun Club to the Black Lips.

Still only in their early 20s and already veteran performers and recording artists, The Checks have played their way into becoming one of New Zealand's most adrenalised, vital and consistently thrilling live acts. To paraphrase the Minutemen: do you want nu rave, or do you want the truth? 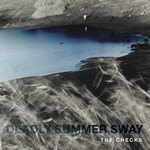