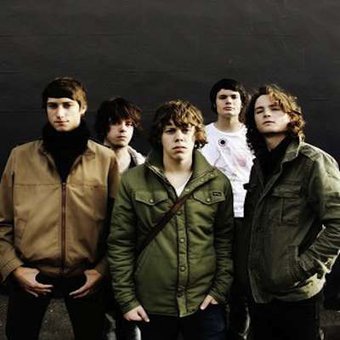 Springing out of the well-established Devonport music scene in 2005 The Earlybirds have spent many years honing their sound, style and stagecraft in venues small and large around the country.

Lead guitarist Mike Cannon says that to build their initial fanbase they were constantly gigging.

"It was chaos," interjects Aisher laughing. "We were playing in bars where people were so close they were actually touching our strings!"

"Mike (lead guitarist Mike Cannon), Sean (drummer Sean Patterson) and I were at school together and so we put down a few tunes and headed along to the Masonic where as it happened the crew from Stebbing Studios were there and we were offered a chance to work with them," he says.

"Filip (lead singer Filip Kostovich) and Kane (guitarist and backing vocalist Kane ter Veer) came along and while we were immensely grateful for all the learning and all the recording experience we had with Rob and the Stebbing crew, but we just thought it was time to change direction and follow our own path."

That path led The Earlybirds directly to their manager James Southgate, the man behind, amongst others, The Feelers, Evermore and Anika Moa. James would unlock the band from the Stebbing deal and set them loose in Devonport's Victoria Cinema.

"We would all turn up with various tracks and riffs and ideas, argue them out, pick up our instruments and thrash and smash them into songs we wanted to play," he says.

No matter where the band played - from sweaty basement dives to sharing a main stage with, amongst others, Opshop, the Feelers, Midnight Youth, The Checks and Stereophonics – each gig brought with it new rewards and new fans.

"The audience have always been cool with us and it's such a great feeling," confirms vocalist Filip Kostovich. "Going onstage, playing our songs and transferring our energy to the people is just the best buzz because people are enjoying what we've made."

Well, it's no wonder that people across the country have been digging the band. The Earlybirds electrifying live show (honed through their years of relentless performing) coupled with their magnetic stage presence makes them a formidable live experience. And that's before we even begin to speak about the quality of their song writing, which, as guitarist and backing vocalist Kane ter Veer explains is a total group effort.

"The good thing about us is that we do write completely as a democracy," he says. "We don't have a central songwriter. That wouldn't work with our band because we've known each other since we were so young. We don't value anyone higher than anyone else in that way."

The band's songs are often borne out of the punishing rehearsal schedule that they keep - you'll find them in the rehearsal room most days – but for the group song writing is not an exact science.

Judging by their first two singles it's probably best left as a mystery. The Earlybirds first single Runaway was released last year and announced their arrival in fine style – three minutes of reverb and relentless drums and soaring choruses that immediately established The Earlybirds as the most exciting new rock act of 2009. The follow up, I Killed the DJ, confirmed that the group would be staying with us for a long while.

"The first single worked out really well," says ter Veer. "With that single the big plan was to get radio exposure. And it did work because that got to number four in the National Airplay Charts which was massive for our first song."

Enjoying the success of their first two singles and keen to capitalise on the resulting media attention The Earlybirds found themselves amped and ready to record their debut album Favourite Fears. Enlisting the partnership of producer Greg Haver and engineer Clint Murphy, the two chaps who had given their first two singles such an accomplished international sound, the group headed into Auckland's legendary York Street 'A' Studio for twelve days to lay down the rest of the songs that would make up the record. 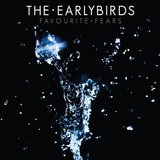 The debut album through the band's Little Arrows label is packed with eleven tracks brimming with youthful energy.