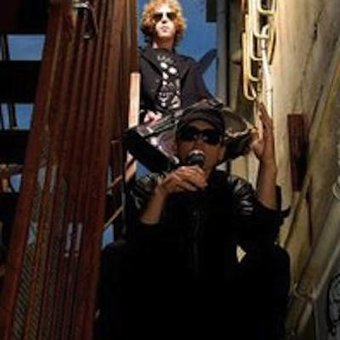 It's not that The Fanatics don't like drummers, they just don't need them.

Unless they're short of a beer... This two-piece from Auckland, New Zealand, has followed proudly in the footsteps of un-likeminded duos Simon & Garfunkel and Lee & Nancy, captivating listeners the length of the country over the past year. Playing skewed electro-rock, The Fanatics blend dark electronic beats and programmed bass lines with taut angular guitar, and a definite knack for bent pop lurking somewhere in the mix. The duo of David Green (vocals, programming) and Tom Clark (vocals, guitar) punch above their weight in numbers, proving there's no need for a rhythm section when you have a laptop, a guitar and bouncing off the walls live energy.

With a nationwide Low Hum tour under their belts as well as numerous appearances in Auckland and elsewhere, The Fanatics have honed their ability to not only keep a crowd paying attention, but actually moving their feet (not to mention asses). No surprise, considering their ability to mine New Zealand's rich history of doom, gloom, and weirdness, update it, and mix it with the best of their international contemporaries. With lyrics that are hard to fault ("give me models, give me money", anyone?), the various elements gel together into an unlikely catchiness that is quickly developing a strong following.

First making a dent on the radio airwaves was Girl, also released as their first single (on 7" vinyl and sold out), followed quickly by Models, which topped the national alternative radio charts in early 2004. Dead, newly released to the b.net, has matched the success of Models, topping the alternative chart again almost immediately. The Fanatics have also found favour with a group even harder to please than radio programmers, the public, topping listener-voted b.Net radio charts around New Zealand.

Recognition is coming quickly, The Fanatics were nominated in several categories at the 2004 b.Net NZ Music Awards: Most Promising New Act, Best NZ Remix (the Antix remix of Girl), and Best Unreleased Song (Models). The Fanatics were also invited to perform at these awards and enthralled the audience with their chaotic, high-energy show. 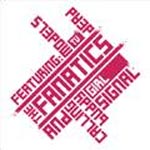