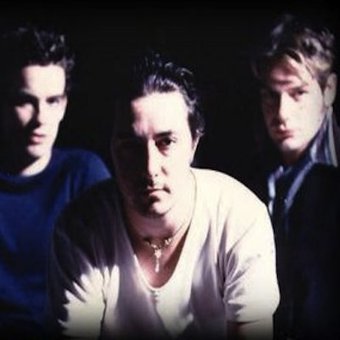 The feelers formed in Christchurch New Zealand in 1993.

Their influences range from Bowie to Pixies to Cat Stevens and beyond. They toured extensively around the country building a solid and loyal following. In 1997 they signed to Warner Music NZ and recorded their debut album 'Supersystem' this was greatly received selling over four times platinum and winning five NZ music awards in 1998.

After touring throughout the world they started working on their second record. 'Communicate' was released in 2001 went to Number 1 in NZ, Recorded, Produced, mixed and mastered by industry greats like Danton Supple, Chris Sheldon, Gil Norton and Bub Ludwig, this is truly an international album. Gaining it's footing around the globe it sold over twice platinum and continues to grow.

Having now toured for over ten years and performed over a thousand shows they decided to get back to basics and record a raw rock album, The Feelers third album 'Playground Battle' was released at the end of 2003.

Playground battle Bonus edition. Has been released recently with 5 live tracks and 2 new tracks, being added the album continues to sell, taking the album past triple platinum and still going. The album has been in the top 50 album charts for 65 weeks.

The feelers recently won the award for the “Most performed work in New Zealand” at the APRA silver scroll awards - effectively an award for broadcast airplay popularity, the award went to the feelers' James Reid for 'Stand Up'. At the 2006 NZ music awards 'Stand Up' won the Tui for “Radio Airplay Record of the year”.

They have just completed recording their latest album to be released 13th November 2006. Named 'One world'.

A lot has happened in the lives of James and Hamish since their last multi platinum offering, One World. Hamish got married; James has welcomed his first child and "got arrested more times than is humanly possible for doing diddly squat" (in his own words!).