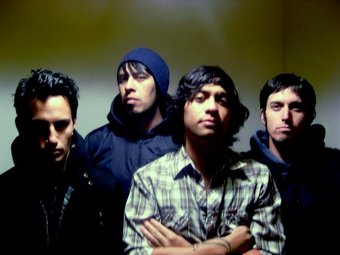 The Gaze have gained momentum very quickly within the New Zealand music scene, fast becoming a buzz band among Kiwi musicians and leaving audiences breathless across Te Ika a Maui.

Their untitled EP, referred to as ‘Circa 2009’ (May 2009), became a hot favourite on its release, sneaking under the radar of the general public and becoming somewhat of a cult item among fans – if you know The Gaze, you know your stuff. Their reputation lay not with their recording, however, as the bands live performances quickly earned them the stunning reputation as a ‘must-see’ live act.

Even before the band had a CD or performed live, however, they had a lot to live up to. With members hailing from former bands such as multi-platinum selling hard rock actBlindspott, Stylus, Cold by Winter and the critically acclaimed In Dread Response, the band already had an established audience to please. Their fusion of modern rock and metal, with thick lacings of groove and melody seems to have done the trick as the band have almost sold out their first print run of 500 CDs.

With the bands first single and self-funded video ‘Geoff’ about to hit Music TV and Radio Stations nationwide, the future looks very bright for The Gaze.

Whether you’re in the mood to rock out, mellow out, to make out with someone or to knock someone out, The Gaze are your new favourite band. 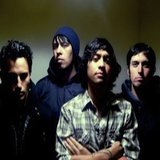