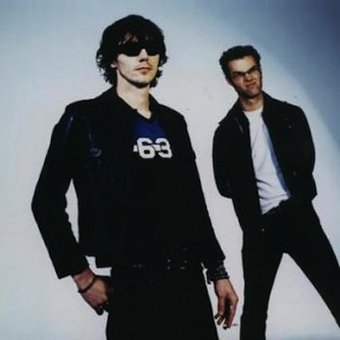 It was only six months after forming in 1997 that Brendan Moran and Andrew Tolley released their self titled debut album 'The Hasselhoff Experiment' on vinyl as a limited 200 copy run, on the guitarist's label KATO MUSIC.

The album sold out within weeks, they toured both here and in Australia leaving a trail of hung-over, cigarette-stained swooning music nerds desperate to be experiencing such an impact. Then they got going.

The band won "Best New Act" at the b Net NZ music awards in 1998 and were quickly signed to Flying Nun, who have released the debut on CD and later the follow up 'Always Outnumbered, Alwaya Outgunned' a year later.

Along with their numerous b-Net awards and nominations, including 'Best Song', 'Most Outstanding Musician' (Brendan Moran) and 'Best Album', the band have also landed supports for internationals such as The Jesus Lizard, Tomahawk, The Melvins, Jon Spencer Blues Explosion, The 5678's, The Bangs and Magic Dirt.

Out of the Sandpit and onto the Drive

This 1998 debut by the Wellington twosome was first released on vinyl under guitarist and vocalist Andrew Tolley's own label, KATO MUSIC; and later released onto CD by their new ...