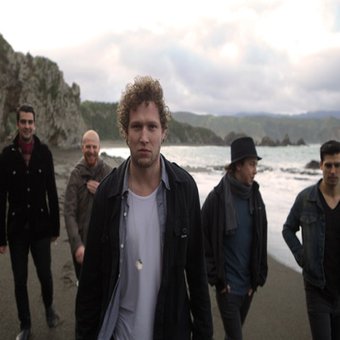 The Thomas Oliver Band have created a loyal following over the last few years, repeatedly selling out the San Francisco Bathhouse in Wellington and playing to capacity audiences around the country.

Within this time, the band have also written and
recorded their debut full- length album Baby,
I'll Play released in March 2011 to critical
acclaim.

Baby, I'll Play debuted at #12 in the New
Zealand Top 40, and #1 in the iTunes Blues
Charts in New Zealand and Australia.

It is the fresh instrumentation of the 5-piece,
including lap-slide guitar, double bass and
baritone saxophone, which creates The Thomas
Oliver Band's distinctive sound. Initially a 3-
piece, The Thomas Oliver Band grew into its
current form in 2007 following the release of
their EP, Every Penny, thanks to the lifelong
friendships crafted while the five boys studied
at the New Zealand School of Music.

The Thomas Oliver Band were selected by the
New Zealand Campus Arts Network as the
Emerging Artist of the year to complete a full
national tour in 2009. They have gone on to
play at some of New Zealand's renowned
festivals and joined the bill with top local and
international acts.

2011 already follows this trend with The
Thomas Oliver Band playing some of the best
summer series including La De Da, Auckland's
Zoo Music, and A Day on the Green with
legends George Thorogood and Joe Cocker.

The music video for their first single Goin'
Home saw the band named alongside Gorillaz
and Franz Ferdinand as one of the top thirty
international music videos at the 2010 Rushes
Soho Shorts in London. The video went on to
win Best International Music Video and Best
Blues Music Video at the Australian
Independent Music Video Awards.

Both Goin Home' and their second single Baby,
I'll Play are play listed on independent and
commercial stations across the nation including
The Rock and Radio Hauraki. DJ Sir-Vere
described Goin Home as "a sound track to
summer" naming it as the #1 song of his ‘Top
Five to Put your Feet Up To'.

"Armed with a knack for lyrical sincerity
and vocal chords that just belt it out live,
on Baby, I'll Play, Oliver and his band
clearly mark themselves as equally
talented on the recordings front" - 4.5 stars,
Martyn Pepperell, Rip It Up 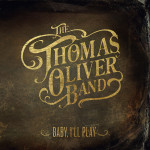