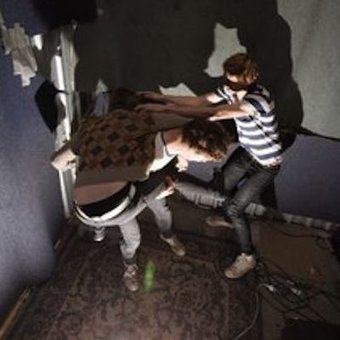 The Transistors are made up of three friends who first got together as three snot-nosed, pimple faced teenagers at Rangiora High School . Having nothing better to do in the dull small town they picked up instruments and formed a band with early inspiration stemming from the discovery of punk rock.

So far the Transistors have been lucky enough to tour the country with The Mint Chicks, The Datsuns, Pierced Arrows and more. Last year they recorded their debut album Shortwave with the legendary Bob Frisbee at his studio in Auckland. Shortwave was initially released on limited edition green vinyl which has since sold out, the album has now been released on CD and lives up to its name at 11 tracks in 21 minutes!

In support of the record release, the band played a marathon five shows in one day including a high school show, an inner city rooftop, a live to air on RDU, an all ages show and a late night finale. The band made local headlines for the rooftop gig after being issued a $500 fine by the council following an impressive 20 noise complaints during their lightning fast 20 minute set.

As well as their album the Transistors recently recorded four tracks for a new e.p. which should be out in the near future, the band are also writing songs for a second album. Videos have been made for the songs Caving In and Real Kids, they were directed by Kody Nielson and Damien Shatford respectively.