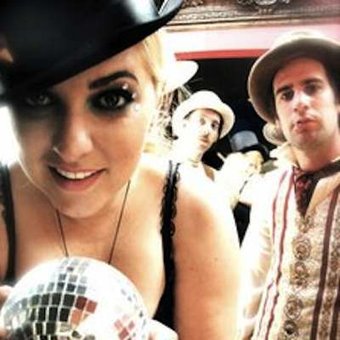 The Twitch have a brand new album that will promise to blow your head off. The album "Time For Change" has been produced by Jimmy Christmas (The D4, Luger Boa), mixed by Andrew Buckton and mastered by Zed Brookes in Auckland City.

Renowned for their high energy live shows and inspired by the true Rock'n'Roll lifestyle they lead. These "Soldiers Of The Night" finished work on their sophomore album and in Feb jumped into the van and showed NZ once again exactly what their made of.

From their modest beginnings at MAINZ music school in 2003, dirty post punk Rock'n'Rollers The Twitch have etched themselves indelibly, like a fine red wine stain on the New Zealand music scene, winning NZ Battle of the bands in 2005 and touring New Zealand three times in 2007. Taking off to play shows in Hong Kong and Melbourne has shown The Twitch how to do it their own way, taking over the world one country at a time!

The Twitch's debut album, 'What the F**k is Going On?' was released to wide acclaim in 2006. The Twitch are: Fleur Jack, vocals, bass and all-round rock star; Jesus, guitar, vocals and legendary party messiah; and Josh Crowther, drums, vocals and captain of chaos juice. It is impossible not to dance like a crazed monkey to Jesus' contagious riffs, Fleur's powerful vocals and Josh's dynamic drums. This is a tight crew, musically and personally. The band's special rapport on stage really shines and lets the audience relax, safe in the knowledge that they are in the hands of professionals. The Twitch will rock you so hard that Josh is likely to fall over.

So head out to see The Twitch, They will not disappoint you.

There is a new bunch of outlaws in town and they call themselves The Twitch. The gang of three present their latest album Time For Change and they are here to cement their name in the music industry. A collection of punk-rock songs this album is fun and easy-going but more so just rock & roll as it should be.