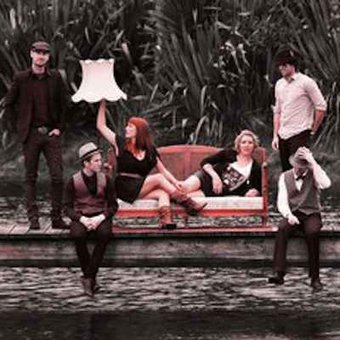 After years in the city, Elan Mills - formerly of Wellington's Paselode - grew tired of the old philosophies of "Sex, Drugs & Rock n Roll" which had led him astray one too many times.

The days of self indulgence were over and a new movement of awareness and self reliance had begun.

So, in 2005 Elan decided to move back to Paekakariki, the town where he was born and raised and where his trainings in Voice, Piano and Guitar had begun.

This is where he rediscovered his love of Funk, Soul & Rock n Roll and realised that the time had come to find a new band who shared the dream of bringing joy to the people and looking after the world which had looked after him so well.

Thus, the seeds of The Volunteers were planted and through the Godfather of an old friend, Elan met Joe Simmonds, a 17 year old bass player with a serious dependency on funk and heavy grooves, and a deep love of animals.

These two jammed it out together until one day Elan returned to an old drinking hole of his and met a drummer named Malcolm Taylor who had recently arrived from Scotland. He was so impressed with Malcolm's passion for life and blatant disregard for caution that he asked him to come and lay down the beat for The Volunteers.

Living in modern times and keen to achieve the balance of ying and yang Elan saw that the band needed a female presence. Having recently reunited with Marliesje Van den Assum ,a soprano singer who possessed an innate sense of Style and a natural grace that the band was in need of, the choice was clear for Marliesje to join the band.

Two more singers were still needed to complete circle, and the call was answered by Maxine Macaulay, an extravert with a background in dance and theatre and Felicity Wait, a deep voiced soul singer with a raw ambition to be a star.

Now the circle is complete and The Volunteers are ready to take their sound of Funk, soul & Rock n Roll to the people and execute their cunning plan to make the world a better place. 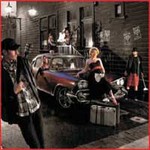 The product of countless hours in the Island Bay Studios with producer/engineer Nic McGowan, debut album Friends, Family and Fools is a diverse, multi layered album that captures the energy ...