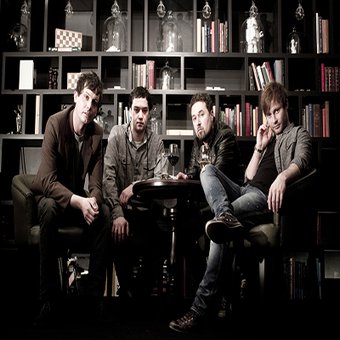 The high intensity charge of classic sonic blues, leaden rock’n’roll, spooked by an altogether more archaic blend of 70's soul. Since the release of their eponymous self titled E.P., These Automatic Changers have built their reputation as one the new heavyweights of the kind of rock n roll sorely absent in current public consciousness. A live band first and foremost, they have continued to out power many in a growing lexicon of peerless performances . Gigging relentlessly to deliver a classic stage show, and ensure that tracks like the undiminished grasp of progressive blues "How Many Times" or the unfettered roar and blues strut of "Under Arrest" cement the bands popular raunchier rhythmic pitch amongst its followers. This inspired assessment from one fan:"These sons of hercules would roundhouse your multiplex and all its contents, and that's just for hors doevres mes petit chickadees. Bear witness to the audio equivalent of Galvatron and Megatron fighting naked in a barn ..." The people have spoken, who are we to disagree.

Formed under the unison of bassist Lee Catlin and vocalist/guitarist Solomon Cole in 2010, who together along with drummer Ben Te'evale (later replaced by Philip Peters) and rhythm guitarist Daniel May, set about capturing a meticulous approach to the Eddie Kramer school of production, and showing a greater grasp of basic rock dynamics than many contemporaries. In Dec 2012 they released the first single "Under Arrest" from their forthcoming debut album. Mixed by award winning engineer Andrew Buckton, the song has received extensive play on The ROCK (OTR) and Hauraki's Locals Only shows and also included on Kiwi Hit Disc 156. The band are currently recording a follow up single in 2013 called "Head Full Of Lightning" also with Andrew Buckton at the helm and will release a third single "Shine Like Gold" before their debut These Automatic Changers 2 is released later in the year. This will also see them partnering with Australian booking agents OffTheRecord to also embark on their first Australian tour. 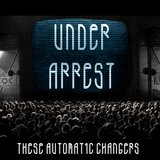 Under Arrest is the first of 3 separate singles to be released by These Automatic Changers leading up to their debut album in early 2013.