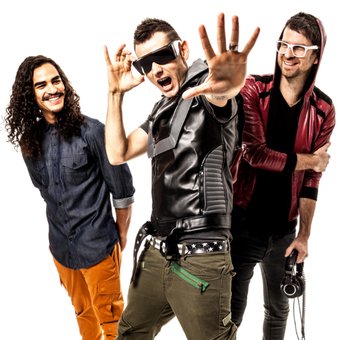 Rapture Ruckus are one of those rare groups that are cutting through the noise and connecting with people all over the world using their catchy blend of rock and hip-hop.

Perhaps the first real display of this magnetism in action came at New Zealand's renowned Parachute Music Festival. There, fronted by talented producer/songwriter Brad Dring, they won the hearts of over 25,000 people and went on to break the festival record for Highest-Selling Debut Act.

Parachute Music were quick to see the potential and sign Rapture Ruckus in 2004, and over the past six years the band has continued to gather an increasing following through extensive touring (U.S, Canada, South Africa, Singapore and Australasia) and the release of three albums out of their native New Zealand. In 2007 their album "I Believe" received critical acclaim at the NZ Music Awards, winning the award for Best Christian/Gospel Album.

International attention followed in the form of BEC Recordings, who signed the band in late 2009 and has partnered with them in their self-titled debut U.S. release. The six-track album is America's first taste of the signature sound that is Rapture Ruckus. From the crowd-pleasing choruses of pop anthems Tonight and No Matter What to the bold declarations of I Believe, this record showcases the band's ability to write songs that will stick in your head for days.

The first single to be released in the States, Hold On, was written by Dring in response to some close friends who were facing cancer, depression and a marriage falling apart. The song speaks of clinging onto God's promises regardless of our situations and circumstances. Dring admits to being overwhelmed by the number of emails sent in from people saying they desperately needed to hear that message of hope: in our darkest hour sometimes all we need to do is just hold on and trust that God will come through for us.

Now based out of Nashville, TN the reputation of Rapture Ruckus is growing almost as fast as their fan-base as they tour throughout the States. Attending a Rapture Ruckus concert highlights one of the truly special things about this group - their ability to break through restraints or barriers and really engage with people. Dring is the band's creative mastermind and is known for his perfectionism. Every element of their live show has been carefully considered. As a result you are treated to a dynamic performance where every light, special effect, graphic or lyric draws you in and allows you to really hear the messages being delivered. That, says Dring, is the ultimate goal.

So what is Rapture Ruckus? Big stadium-ready choruses. Raw honesty and passion. Songs that are captivating audiences all around the globe.

Maybe it's about time you got some RUCKUS in your life? 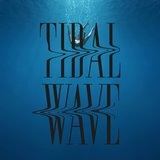 Out now on iTunes!