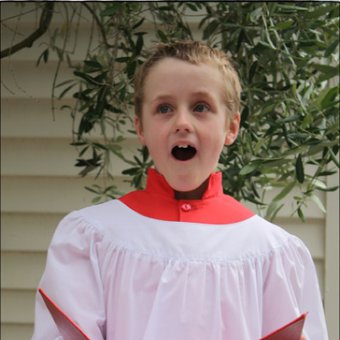 Bob Gaudin was literally an overnight success when the New Zealand Symphony Orchestra called him just after his Eighth birthday and asked if they could play his "Earthquake Symphony" for a special Christchurch concert.

The rehearsal was filmed for TV's Close Up and "Earthquake Symphony" was later recorded by NZSO and Hamish McKeitch. He also wrote and recorded the music for a Children's book "Curly From Shirley The Christchurch Dog" by Emma Pullar, and performed this at several schools in Christchurch and Wellington. He then settled down to being a normal boy again for a year, singing in the school choir, playing in the school orchestra and doing an epic amount of playing out on his scooter.

A year on he was motivated by the Festival of Flowers Song Writing Competition to write "The most cheerful song ever written". The result, Flowers Grow On, was written, rehearsed and recorded in a single day and Bob was the youngest finalist at age 8. He sang and played guitar, persuading his mum, Julie, to play flute and his guitar teacher to play the bass in his band.

Bob is now 9 years old and composes in the school holidays - but not love songs, because "that would be Yuck!" 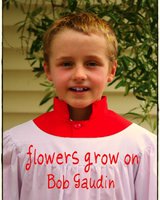 The self proclaimed "Most Cheerful Song Ever Written" shows a child's resilience at the anniversary of the Christchurch February 22nd Earthquake.