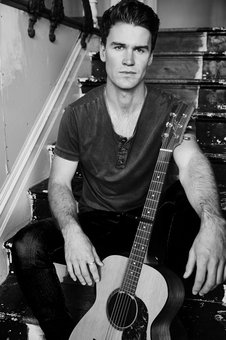 Born in Arrowtown and growing up in Dunedin Ciaran McMeeken began his musical journey by picking up drumsticks at age 11 before moving onto the guitar as a teenager...

Six months into working on a South Island farm in Owaka Valley, the owner of the farm asked Ciaran what he wanted to do with his life, a question Ciaran really didn't have an answer for, which led the farmer to give the fateful advice to "just get on with it mate". A collection of Ciaran's early songs soon after became his first independent release - an EP titled ‘The Valley', which he chose to record back at the Owaka Valley farmhouse where he received the best advice of his life.
This body of work caught the attention of internationally acclaimed producer Greg Haver (Manic Street Preachers, Jason Kerrison, Pluto). Ciaran made the move from Dunedin to Auckland and continued to work with Haver on a new batch of songs which became his second EP ‘Screaming Man'. Released in October 2015 to wide acclaim, ‘Screaming Man' also featured the hit single ‘City' which picked up nationwide airplay on New Zealand radio.
Working with a live band in the recording studio, Ciaran's music has diverged from his classic singer-songwriter sound with genre-spanning efforts that infuse the sounds of rock, blues, swing, soul, and jazz, all settled by his warm inviting vocals. 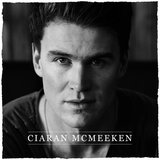