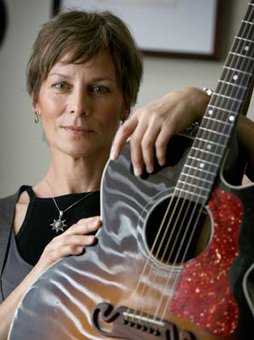 A review by U.S music magazine 'No Depression' mentions similarities between Donna's creativity and that of Joni Mitchell, Leonard Cohen and Bob Dylan. Her voice has been labelled 'haunting', 'heavenly' and 'mesmerizing'.

An award winning feature length documentary film of her life was a huge hit at the N.Z Docedge Film Festival in 2016, is soon to be aired on Maori TV and has been selected for screening by the Winnipeg Aboriginal Film Festival Canada in November 2017.

The Tui award winning artist has toured the southwest of America and has become a familiar sight on stage in Germany after close to three decades of touring there. She has been a guest at Festival Geiselwind, Germany (same billing as Willie Nelson), Illawarra Folk Festival, Australia and at home in New Zealand, Auckland Folk Festival, and Whare Flat Folk Festival in Dunedin.

Donna has released 7 albums (3 of those have been awarded N.Z highest honours for recording and songwriting). She has had songs covered by artists in N.Z and Germany. Her song 'Destination Life' was the title track of a Grammy Nominated Bluegrass album by American artist Rhonda Vincent.

Audience members at a Donna Dean concert are totally captivated and hungry for more as the show ends and lights go down.

She writes with the poetic economy of musicians like James McMurtry and Dolly Parton, and authors like Appalachia's Ron Rash, in that she can sketch in a story in a few words.Graham Reid - Elsewhere N.Z

Not many artists have the imaginations of a Bob Dylan, Joni Mitchell and Leonard Cohen. Or the creative lunacy of a John Prine, Randy Newman or Tom Waits. This is why many good musicians have short careers. It is not as easy to be consistent and creative as you may think. This is Americana music of the highest quality. John Apice - No Depression Magazine U.S.A 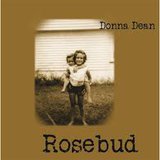