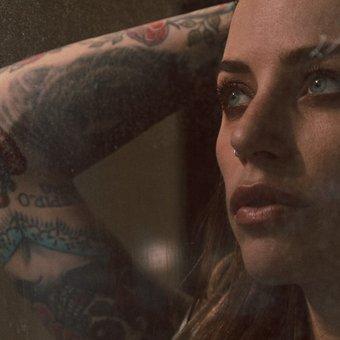 Once you’ve heard Gin sing, you won’t forget the name.

Gin Wigmore is a distinctive singer/songwriter, whose sound is driven by a startling voice; her delivery succinctly described by a critic as "whiskey and dry" and whose self-penned songs provide a refreshing new take on life and yet relate across the generations.

Geographically, Gin tracks from Auckland to Buenos Aires to Sydney. Vocally she runs from Macy Gray to Blondie to Edith Piaf. Musically she moves between Feist and Broken Social Scene to Neil Young and Fiona Apple, while lyrically she moves from sorrow to sunshine.

"My stories are simple because I want to reach people." Gin says. "But at the same time I like to bring mystery. Sometimes we all need to ask: How? Why?"

Certainly, these questions also apply to Gin, and the high and low roads she has traveled to this point.

Born in Auckland, New Zealand, a family tragedy forced Gin her to deal with her grief a world away in Argentina. When she returned home, Gin articulated, in a song, the pain of losing her father to cancer. She was 16.

One of those early penned songs, Hallelujah, won the US-based International Songwriting Contest in 2005, when she beat 11,000 songwriting aspirants from 77 countries to become the youngest and only unsigned Grand Prize winner in the history of the ISC.

"Hallelujah was my way of telling my family I had dealt with dad's passing," Gin says. "And honestly, I didn't want to share these feelings with anyone else. I wanted the moment for myself and my family." That moment is now the poignant and potent centrepiece of Extended Play her five-track debut.

Wigmore then caught the world's attention with her 2009 debut album Holy Smoke and the critically acclaimed blues-inspired follow up in 2011 titled, Gravel & Wine. This was followed by her 2015 release Blood To Bone.

Gin also sung vocals on the debut single from Smashproof, Brother, which broke the 23 year old record for the most consecutive weeks on the NZ singles chart at #1 by a New Zealand artist, going Double Platinum. 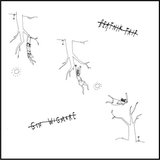