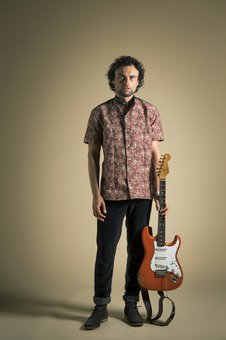 Brought up by a creative family, it was only natural that Jarni developed a passion for music.After learning to sing and play the guitar at age ten, he went on to nurture his abilities by performing in several bands throughout his school years, and in his last year at high school he made the transition into solo performance and songwriting.

Jarni has also played with some big wigs in the industry including 'Jason Kerrison',' 'The Jordan Luck Band', and recently recording with 'Kings' and gaining the attention of one of NZ’s biggest acts, 'Drax Project'. He also plays in 'Summer Thieves' who are a well established act playing big shows and festivals. 2020 is looking massive for this extremely talented musician.

Jarni released his debut E.P. 'Between Two Dreams' in December 2016 and has just released his second EP entitled 'Sparkle In My Eye' in August of 2019.

He launched into 2020 with his electric pop funk single 'Higher Than The Sky' released on Feb 9th, 2020, an instant dance classic.

He has been living and playing music in Auckland, New Zealand for the past three years. 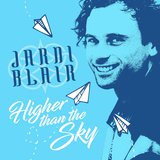 Higher Than The Sky

Up and coming NZ music star Jarni Blair is excited to release his first song and single of the 2020 decade, ‘Higher Than The Sky’. It’s about the explosive love and electricity he felt for a woman who approached him at a yoga party in the Autumn of 2017, and how the relationship blossomed and flourished as it progressed. A perfect song for Valentines Day. The song was co written with ‘Dan Sharp’, a fellow singer songwriter musician in May of 2018 in Taupo, with Jarni tidying it up upon his return to Auckland. The song continued to take shape till he recorded it in November 2019, with Mitch French of Black Dog Productions. He will be celebrating the release with two shows in Auckland and Wellington with his full band.