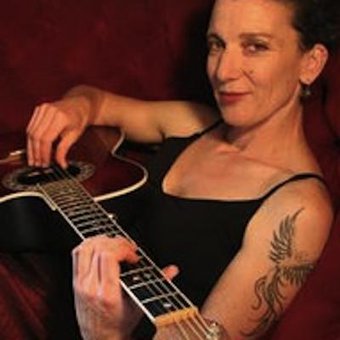 Karen Hunter (Kaaren) has mined the musical debris and lyrical sediment of the likes of Tom Waits and Rickie Lee Jones collecting inspirations to smash and smooth together while assembling her fourth solo album ‘Rubble’.

The 12 rootsy tunes on Rubble reflect Hunter's healthy sense of humour and keen eye for the ironic side of New Zealand life.

Singer/songwriter Káren Hunter first appeared with her blues infused blend of acoustic funk in the early 90's when she returned from her eight year O.E. Hunter's time in New York inspired the infamous ‘Raw Fish Salad’ women's performance night down in the belly of Auckland's Java Jive. Graham Reid praised Hunter as "doing the good work" in her efforts to support local artists and live music in Auckland and gave her debut solo album ‘The Private Life Of Clowns’ (Jayrem/Rawfishsalad Records 1997) a 4 star salute. During the late nineties Hunter opened for internationally acclaimed artists Ani Difranco (twice), Suzanne Vega and Toni Childs. The beautiful video for the single ‘Angelfish’ was played in high rotation on Juice TV and ‘Clowns’ was nominated for an award at the 1998 bnet awards.

During the late nineties Hunter toured NZ extensively as both a solo act and also with several band line-ups. Hunters second album "Inside/Outside" (Jayrem/Rawfishsalad 2001 - double-live) was recorded live and showcased this hard edged rocky period of her songwriting.

2006 saw Hunter studying the craft of songwriting at Honours Level at Auckland University. Her new album ‘Rubble’ showcases several tracks from this project which draws influences from the gritty New Orleans jazz/blues sounds of early Tom Waits mashed together with inspiration from his ex-lover and co-trickster Rickie Lee Jones. It's been a very different approach to creating an album for Hunter and many musicians have contributed to the work which features a dirty jazz/blues rhythm section and a barrage of horns and 'found' percussion to embellish the songs.

Káren Hunter will play 45 gigs around New Zealand solo in March/April 2007 to promote Rubble which is being released through independent Auckland label Monkey Records. The album release party is at Rakinos on Wednesday 28th February and the first single/music video ‘Perfect Jump’ will be released to coincide with the tour.

"Songwriting this good cannot be faked." Rip It Up

“One of the best kept secrets in the NZ music scene.” NZ Herald

“Rubble…seduces and charms in a way that only an expansive talent like Karen can.” Graham Reid 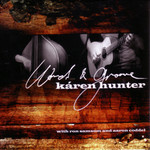