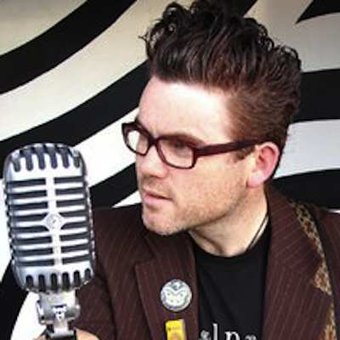 "Good. Now picture the exact opposite. A manic, sweating, foul-mouthed, one man rockabilly folk-punk act, performing a three hour straight medley of upbeat original & alternative covers on a beat up 50's Hofner, to a seething crowd of loud drunk punters in a low roofed damp converted wine cellar, in a small town at the opposite end of the country to that which houses the idealistically inverted music industry of today.

These are the gigs I enjoy the most. Where the music decides what happens next. Where the heckling goes both ways. Where you don't need a set list. Where the crowd lets go & the whisky flows. Where a break means strumming Em for 5mins while getting directions to the next party from some local Slappers. Where ‘Top 40' is a swear word. Where you don't stop till the license runs out. Where you forget your pretensions & realise that you're no more important than the guy that owns the fish & chip shop, especially now that it's 4am & you are sooo hungry.

Since putting my glam rock days behind me & quitting the scene early this century, I've averaged about 100 shows a year in all manner of venues & parties from one end of Aotearoa to the other. I stock my albums in record stores & push local radio as I go. It's a small country, which suits my modest ambitions. No world dominance, no cash wasting videos, no Christian charities & mobile phone endorsements. I play music. It helps keep me off the meds. I'm influenced by everything that's ever gone through me. Music, TV, politics, school, food, sport, film, titties, cars, drugs, rain...

I usually play my own songs for the first hour or so & then digress into a melting pot of Smiths, Front Lawn, Chills, Billy Bragg, Bowie, Dylan & depending on the whisky, an 80's flashback of ugly proportions." 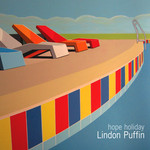