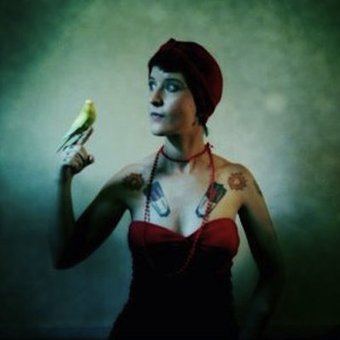 "I just don't see the point of making music unless it makes people feel something real," Carafice states. "The kind of music that's just 'yeah yeah yeah I love ya babyyyy' just really misses what good pop music can do."

Following the extraordinary and critically acclaimed Tells You To Fight!, comes the starkly beautiful and gently disturbing second album, I Will Raise A Bird Army.

Having recorded her debut at Steve Albini's (Pixies, Nirvana, PJ Harvey) Electrical Audio studio in Chicago, Illinois, I Will Raise A Bird Army instead found Carafice hiding out in the deep recesses of Onehunga at Hill Street Studios, before returning to her newfound nest in Chicago to add some fucked up magic and production with Xiu Xiu mastermind and mad sound-genius Jamie Stewart.

Delving into the darker regions of the soul for this record, Renee-Louise opted to put down her steel guitar (in fact it had long since been pawned to pay for Chicago survival) in favour of broken-down casiotone keyboards, bent and dented drum cymbals, and chirping wind-up birds - the perfect derelict landscapes to back her world-weary but newly empowered voice.

Tales of courage, dumpster diving, and defending oneself against snow and shitheads - the ten new songs contained within are at once forlorn, fragile, and fantastical - with offerings of hope and triumphant battles among the scattershot nightmares and mean streets. 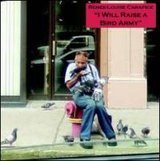 I Will Raise a Bird Army

Following the extraordinary and critically acclaimed Tells You To Fight!, comes the starkly beautiful and gently disturbing second album, I Will Raise A Bird Army.