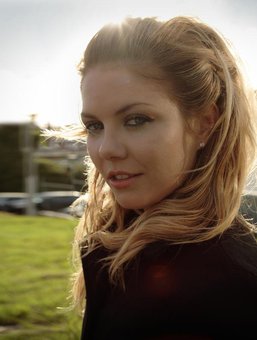 Sarah Brown is a petite blonde bombshell possessed of a special way with heartfelt pop songs, and she is currently spreading her feathery wings on her sophomore album 'The Great Heart Robbery'

Sarah Brown is a petite blonde bombshell possessed of a special way with heartfelt pop songs, and she is currently spreading her feathery wings on her sophomore album 'The Great Heart Robbery'. Since the release of her eponymously debut in 2006, Sarah has matured as a songwriter and musician and felt a strong desire to take her art onto a higher plateau.

After scoring a hit with the single "Hands" in 2006, including winning the Juice TV Award for Video of the Year, and supporting such musical luminaries as Jamie Cullum, Tim Finn and Greg Johnson (she also performed aboard an Air NZ Flight as part of Fashion Week's 'Party in the Sky') Sarah was intent on raising the stakes, especially since she planned to self-release her new album. Now in full control of her destiny, it was time to develop her sound and expand her ambitions.

Sarah struck out in three distinct directions...at least geographically. Firstly she spent the summer of 2007 in an isolated cottage in the Marlborough Sounds to begin the writing process for a new album. Accessible only by boat, the cottage provided the ideal creative space for Sarah to get out of the city and back to her roots.
Secondly, compelled by the desire to travel, Sarah uprooted and moved to the South of France spending several months sightseeing through Germany, the Netherlands, France and the UK. Mostly though she planted herself in the sleepy historical village of Rocbaron and worked on her songs.

Thirdly thanks to Phase Four Album funding from NZ on Air, Sarah took the 20 new songs she'd written and headed to Sydney to record with Producer Tony Buchen (AKA Buchman). Enamoured of Buchman's work with Gin Wigmore on her celebrated debut EP, Sarah was keen to exploit her producer's fine collection of vintage equipment to add depth and resonance to the sound of her songs.

Throughout the month of May, Sarah toiled away in Electric Avenue and 301 Studios with Buchman and a collection of experienced session musicians, including the string section of the Sydney Symphony Orchestra. The result - 11 tracks that take the listener on quite an eclectic yet cohesive journey - was then sent to NYC to be mastered at Sterling Sound by Chris Gehringer, who's also worked for the likes of Nelly Furtado, Madonna, Joss Stone, Jewel and Christina Aguilera.

Sarah hopes the album entitled The Great Heart Robbery feels like a beautiful little treasure box that once pried open reveals the rarest, most decadent goodies beginning with second single, 'Winter with You'. The album ebbs and flows with the flavours of blues, folk, pop and rock. First single 'Best of You' has already made an impression at Radio and it's stylish video presents Sarah in fine form.

With a catchy title like The Great Heart Robbery, there are clearly some interesting stories to tell. 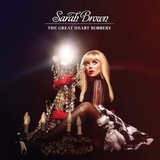 Sarah Brown, possessed of a special way with heartfelt pop songs, knew she needed to spread her feathery wings on her sophomore album, The Great Heart Robbery. Following the release ...