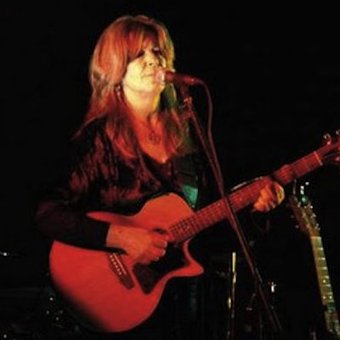 Shona surfaced as a result of extensive television exposure on the show New Faces in 1972. While still a teenager she collected a gold disc, and picked up two New Zealand Music Awards (RATA Award) for 'Best New Artist' and 'Recording Artist Of The Year'.

Twice she represented New Zealand at the Tokyo World Song Festival and took a top prize with a song called 'Masquerade'.

More success followed and she was awarded two gold discs for the songs '1905' and 'Show Your Love'. Late in 1973 Shona released her first album 'Whispering Afraid', A third New Zealand Music RATA Award for Top Female Vocal Performer came her way in 1974 and she also released a second album, the Australian produced 'Shooting Stars Are Only Seen At Night'.

In 1975 Shona relocated to the UK where she worked for the next seven years. During 1980 and 1981 she released a total of four singles on EMI and most of these songs found their way on to an album released in 1981 called 'Tied To The Tracks'. Shona's last two years in Europe were spent as a member of Manfred Mann's Earth Band, working on the album, 'Somewhere In Afrika'.

Shona returned to New Zealand and in 1982 and two years later released the album 'Genre'. One of the single from the album "Glad I'm Not A Kennedy" won a 1986 Pater Award in Sydney for 'New Zealand Song Of The Year' and was released in Germany by RCA Records. The real breakthrough came when Australian music publisher Chris Gilbey heard the song and brought it to the attention of Virgin Records. He arranged for the song to be remixed by English producer Peter Wilson. It was included on Shona's next album 'South' released in 1987.

'South' was a very successful album, selling well all over the world and receiving critical acclaim. "Glad I'm Not A Kennedy" reached #2 on the New Zealand charts and #9 on the Australian charts, While this was happening another single off South "Soviet Snow" was gaining attention on student and Alternative radio on Americas East Coast. This resulted in Shona's first tour of the States playing support for Erasure. She then went on to extensively tour Australia as support for Midnight Oil.

In 1988 Soviet Snow was awarded New Zealand's most prestigious song writing award the APRA silver scroll. Shona was also awarded two more New Zealand Music Awards in 1987 and 1988 for Female Vocalist of the Year. Another success came with the inclusion of two songs from Genre and South in the movie "Shakers Run", and later with the songs "Reputation" and "Highway Warriors" in the Susan Sarandon/ James Spader movie "White Palace".

The next five years were tumultuous and were spent embroiled in industry negotiations battling the clash between creativity and business, but resulted in the outstanding 1991 rock album "New On Earth". Singles from this album included Walk Away (42nd Street), Fear of Falling, Mercy of Love and Thief to Silver.

Shona was award her 2nd APRA silver scroll award for Mercy of Love and to this day is the only woman to have received this prestigious award twice.

1992 saw Shona's second tour of the states and two extensive tour of New Zealand.
In 1994 the album 'Shona' was released this was followed by the album "Roadwork's" in 1996.

In 1997 Shona received The New Zealand Music Cultural Award for contribution to New Zealand Music.
In 2001, APRA celebrated its 75th Anniversary and invited guests to vote for the Top New Zealand Songs of all time. 'Glad I'm Not A Kennedy' was voted into 24th place.

In 2002, a new double album compilation 'The Essential Shona Laing' was released, containing a cross-section of Shona's superb body of work.

Invited by New Zealand artist Mahinarangi Tocker to join a band of musician for her show "the Mongrel In Me" opportunities arose to play at many festivals, including Wellington Festival of the Arts, Womad and Womadelaide.

Shona then went on to work with some of the musicians she had meet over this period of time to produce her acoustic album Pass The Whisper which included several reworks of old favourites such as "Kennedy", "Soviet Snow" and "Caught".

Shona also began working for the New Zealand Music Commission as part of their "Mentoring in Schools" program sharing her immense skill and musical knowledge with students around New Zealand and for The Duffy Books, "Books in Homes" Scheme.

Shona has 10 solo albums, 2 retrospective albums and features on numerous compilation albums. She has an extensive catalogue of material that not only spans four decades but continues to endure. She is currently touring

New Zealand on the "A Circus of Fugees Freaks and Nomads Tour" with the Sparrow band and is beginning work on a new album. 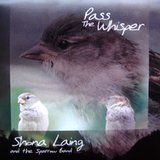 There are a small number of New Zealand singers whose every album is an important musical occasion, in that it promises a fresh collection of songs from someone who is ...