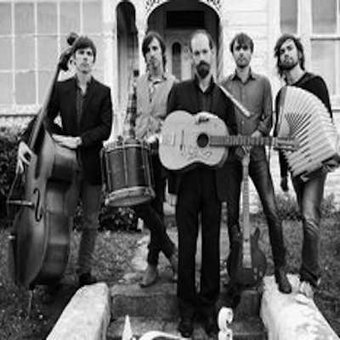 Steve Abel was raised in the halcyon haze of oil poor 1970’s and 80’s New Zealand.

Farmland, rainforest and sedate urban sprawl shaped a kid on a bike who found meaning in his teen years through the pastoral drone of post-punk 80’s rock and pop from the more dingy regions of his south-seas home.  Delving back he discovered the alternative pantheon - Bowie, The Velvet Underground and later Leadbelly and the folk poets.  Haunted by memories, while in his fathers care, of front-seat repeat screenings of Jesus Christ Superstar when he was only three years old, Abel took up guitar at 15 and was soon writing his own songs.

That same beaten guitar was abandoned and found again many times in the ensuing years as Abel matured into an exceptional song writer and singer.

“I did some other stuff for a while,” says Abel.

Suitcases of unreleased tape recordings moulder in the home attic but fortunately Abel’s latest recording efforts are seeing the light of public exposure.  His seminal first release Little Death in 2006 inspired folk chanteuse Jolie Holland, among others, to join Abel and his band The Chrysalids on his latest album FLAX HAPPY - which was released in the UK and Europe in May 2009 through Mutante and Cargo distribution.

Steve Abel and his collective band The Chrysalids are excited to announce the release of their second album, Flax Happy, which follows their 2006 debut effort, Little Death.