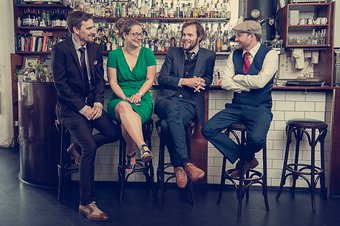 Frank is a story teller, songwriter, singer and guitarist. He has been performing for the last 15 years
throughout the UK, New Zealand and Australia and his entertaining, rambling anecdotes aim to give the audience more of a connection with his songs. A folk songwriter at his core, American roots music with hints of jazz, blues and swing shape his music. When he relocated to Wellington from Edinburgh with his partner and backing vocalist Kara
Filbey, he formed an incredible string band, with blues and country mandolin player Cameron Burnell and jazz double
bassist James Geluk.

Bringing their musical styles together, The Frank Burkitt Band have made incredible progress in the last 4 years,
releasing their debut album Fools & Kings in 2015, which reached No.12 in the Official NZ Music Charts. Since then, they have embarked on extensive national tours of New Zealand and Australia and released their second album Raconteur in March 2018 at Port Fairy Folk Festival (Aus). 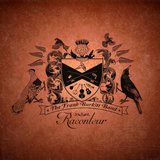