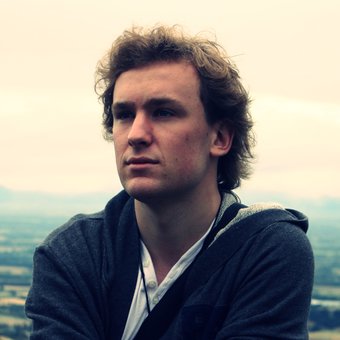 Will Frost started out as an angelic choirboy.

He was also pretty precocious knocking off a couple of ABRSM Diplomas and a fistful of awards by the time he was 18. Will has always used music to make sense of emotions and situations, and having spent his first year at Canterbury University working out of tents and temporary classroom following the 22nd Febraury earthquake, he was encouraged to compose a song for the 2012 Festival of Flowers Songwriting competition.


‘It’s Time’ is the first track on Will’s debut album, ‘Shelter’ and is dedicated to the people of Christchurch. The other nine tracks are inspired by friendships, love and Doctor Who.  His voice ranges from folky acoustic, through music theatre ballad to a crystal clear falsetto which cracks at just the right emotional moment.

Will embarked on a frenzied 3 months to make ‘Shelter’, writing every spare second, often well into the night. He sent rough drafts of songs to a trusted friend for comment and reworked and reworked until he felt the songs were crafted enough for others to want to buy them, but not so much that he was tired of them.

Using the relatively new (in NZ) concept of Crowd Funding, Will went out to his social networks and asked his friends and family to pre-buy his CD. He recorded mostly over the course of one week in Orange Studio, which following the earthquake is now in a suburban garage, and found just about the only old structure you can get close to for his album art.

‘Shelter’ and a supporting tour of 8 Christchurch Libraries launched May 1st for NZ Music Month. 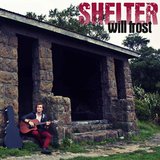 "Shelter", Will's 10-song crossover album is a mixture of powerful ballads, folky acoustic sounds and lyrical, wistful songs, which cross effortlessly between a rich full tone and a yodeling falsetto. ...