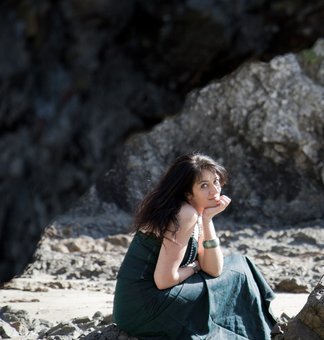 ..."A heartfelt blend of soul, roots & funk, presented in an entirely unique way. Catchy phrasing and lyrics blend with solid bass and guitar lines that are on fire, South Pacific style groove mixes with Taonga Puoro to become a uniquely New Zealand sound. Whiskey smooth vocals that pull you in with stories and secrets that linger later in your mind...."

The second release after first album Chameleon (2009), Rāwāhi is a collection of songs inspired by life on the wild NZ coast, with Maori & Irish roots reflecting a connection with the land and sea that is evident in a personal interpretation through the lyrics.

Rawahi is the 2012 follow up to the successful yet very different Chameleon (2009) - made with help from Te Waka Toi/Creative NZ. The album was produced by Cat Tunks ...